Justin Timberlake’s Comeback Hasn’t Quite Worked. The Super Bowl Could Change That

It’s hard to think of a bigger, more consistently successful star than Justin Timberlake. Since his charmed beginnings as the front man of 1990s boy band ‘N Sync, Timberlake has triumphed in all of his endeavors. His solo music career includes a long string of hits, from “Cry Me a River” to “Can’t Stop the Feeling!” His roles in movies like The Social Network and Friends With Benefits established him as an affable but sensitive actor seemingly custom-made for the early 2010s. His appearances on Saturday Night Live and The Tonight Show turned his musical virtuosity toward a just-subversive-enough sort of comedy that went viral by default. These accomplishments earned him a reputation as the sort of entertainer who reigned in the Sinatra generation.

Yet it’s exactly this track record that makes Timberlake an uneasy fit for this moment. The Super Bowl LII halftime show, at which he is set to perform on Feb. 4 in Minneapolis, seems like just the right venue for an entertainer who has spent his career striving to deliver entertainment to the biggest possible audience. Timberlake thrives on the fuel of his own stardom, making the Super Bowl a perfect refuge. It is by definition the biggest stage in music, and it’s a booking that goes to only the most major of performers. This year the Grammys booked many passionately loved artists who are entirely unknown to baby boomers (Cardi B) and millennials (Emmylou Harris), showing us how atomized the music landscape is. The Super Bowl, meanwhile, shows us how knit-together it might be.

And yet it comes at a curious moment for Timberlake–one in which his recent singles from his forthcoming album Man of the Woods have debuted to mixed reviews. While even a career as seemingly bulletproof as Timberlake’s can suffer ups and downs, this moment feels a bit more existential: now that hits come from semi-anonymous younger artists with none of Timberlake’s careful image management, full-scale pop stardom doesn’t really matter anymore. So how does the defining male pop star of the decade thrive in 2018?

The halftime show isn’t solely a coronation for the artists who perform. It has also been, in recent years, a pivot point. In 2015, Katy Perry capped a run of No. 1 singles with a turn that placed her imaginative showmanship on the grandest scale possible. Last year, Lady Gaga cemented a comeback with a performance whose scrappy resourcefulness put the previously inaccessible dance-pop diva in a whole new light. And twice Beyoncé has used the Super Bowl to reinvent herself: in 2013, a career-spanning medley certified her world-conquering resolve, and in 2016, a performance of her politically potent single “Formation” signaled that that resolve would be put toward a deeper vision.

Timberlake already knows the power of the Super Bowl well. In 2004, he narrowly dodged the massive career repercussions that instead landed largely upon Janet Jackson after the pair’s “wardrobe malfunction.” Instead, he launched a burgeoning acting career before releasing the landmark album FutureSex/LoveSounds in 2006. Now, five years since he’s released an album, Timberlake would seem to be poised for a new image overhaul in front of the Super Bowl’s 110 million or so viewers.

Man of the Woods has been packaged as a step forward for Timberlake after his years of functioning as a pop generalist. In a video introducing the album, he wore plaid flannel and loose denim. Footage of Timberlake gazing through a veil of tree branches was accompanied by a voice-over of the singer intoning that the album was about his wife, his son and “where I’m from. And it’s personal.” Although his career-long north star has been pleasantly placeless pop, Timberlake is a Memphis native. In returning there, he is making the same journey of persona that Lady Gaga did before her Super Bowl performance. Then, for her album Joanne, Lady Gaga shed most of her Warholian trappings, put on a cowgirl hat and started talking about her love for family. Say this for Gaga, though: through sheer theatrical commitment, her inauthenticity felt somehow authentic. Her country era, fleeting though it may have been, was kicked off with music that was substantially different from what had come before. And it was a downshifting from global icon to working pop star that the mega-ambitious Timberlake, who has barely put a foot wrong since his teenage years, might find hard to do. However much Man of the Woods may be a step toward an adult image for the 37-year-old, the first two songs released to the public sound less like growing up than a re-embrace of the familiar, chasing past success. Both are R&B songs that share Timberlake’s longtime interest with romancing. “What you gonna do with all that meat?” he asks in “Filthy,” the album’s first single.

It’s in the music videos that Timberlake reaches for whatever in his career he hopes will come next. In the “Filthy” video, he sings about sex and his “haters” while dressed like a nightclub-ready Steve Jobs in turtleneck and glasses, watching robots dance. More bafflingly still, in the “Supplies” video, Timberlake sings about sex (“I’ll be the generator/ Turn me on when you need electricity”) against settings that evoke recent social turbulence, including a protest, an Illuminati cult meeting and a burnt-out Mad Max landscape. A third video, released with less fanfare, features the rigorously authentic country star Chris Stapleton placed against a slick, glamorously directed background; even when going to the woods, Timberlake insists on going in highly polished pop-star style.

The tension between the music and the video is the tension within an artist who knows what he’s good at and who worries that he needs to somehow do more to keep up with the pop landscape. Because fans seem to love goofy and gaudy excess, why not make an apropos-of-nothing parody of an Apple keynote address? And because performative wokeness is in among younger generations, why not reframe “Supplies”–like many of Timberlake’s best-loved hits, a song with no real message–as about the vast array of concerns and fears Americans face in 2018? But in addressing the early songs from his putative “grownup” album to an audience he hopes will make them go viral on YouTube, Timberlake is attempting to speak a language whose subtleties he hasn’t yet picked up. Applying the visual language of protest movements to a blandly corporate song is exactly the sort of thing one of the lesser-known artists currently topping the charts–an artist without Timberlake’s extraordinary track record–would know better than to do.

In the time since Timberlake’s last No. 1 single, 2016’s ode to happiness “Can’t Stop the Feeling!,” the top of the charts has been taken over by artists, from the Chainsmokers to Rae Sremmurd to Post Malone, about whom little is known aside from their names and latest song. All of them seem to function like the cell-phone ringtones set to a frequency only audible to young ears, and none share Timberlake’s laser focus on building a career brick by brick–which accounts for their appeal. It’s impossible to imagine any of these upstarts performing at a Super Bowl in 20 years, which is exactly why their fans love them right now.

Indeed, part of what makes Super Bowl halftime shows–and the sort of blue-chip artists who perform them–so effective is the degree to which cool has been taken out of the equation. Katy Perry wanted to make you shed a kitschy tear when she performed “Firework” with fireworks exploding above her; Lady Gaga made you want to gasp at her exertions as she worked her way through “Bad Romance.” And Beyoncé, both times, was only in competition with herself. Timberlake has their rigorous commitment to showmanship–something entirely absent from the new, loose generation of demi-stars. But he lacks their ability to take swagger out of the equation, to admit that his fan base may now contain more parents than kids. (In this, he is experiencing a similar identity crisis to the one suffered by recent halftime-show performer Madonna. But to her credit, she brings to her age-defying singles a bubbly, blithe confidence, not just gritted-teeth willfulness.) There’s an anxiety underneath “Filthy” and “Supplies,” a simultaneous desire to prove how much Timberlake the man has grown and to show that Timberlake the boy bander can still reign on the dance floor.

For Timberlake’s own sake, it’s worth hoping that the rest of Man of the Woods is the roots-country album its packaging and rhetoric promises. For so long, he has been one of pop’s great generalists, crafting music and a career that were neither offensive nor banal; they stood for little other than virtuosic musicianship and generally pleasant themes, well-delivered. Now, in trying to find pop music’s center, Timberlake has shot videos that strive to be funny and to be politically engaged. Neither approach has worked.

But something so many of the fleeting younger hitmakers share and that Timberlake has never demonstrated before is the sort of specificity that comes from real idiosyncracy. After being everything to everyone for so long, Timberlake’s next success, if it arrives, will come from being himself. That it’s far from pop’s center is true only in that pop, fragmented beyond repair, has no center. If he’s chasing the upstarts who have stolen his crown, he will find them at the margins–not in the middle. 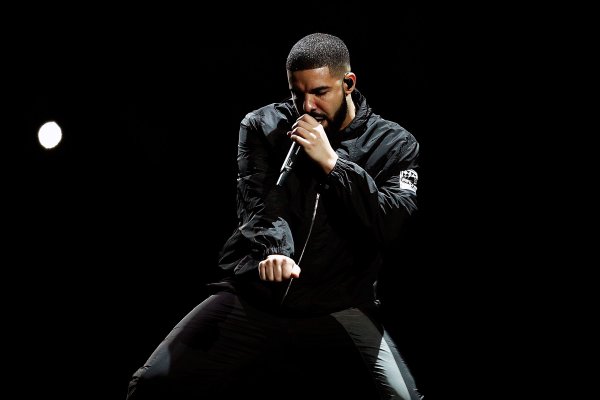