On one side of the lens is Melissa Spitz, a gifted photographer from St. Louis who now lives in Brooklyn. On the other is her mother Deborah Adams, whose struggles with mental illness Melissa has recorded over the past eight years for a series she publishes on Instagram called “You Have Nothing to Worry About.” The nearly 6,000 photographs form an intimate visual diary of a disease that is often invisible, cloaked in shame, fear and stigma.

The work is mesmerizing: ghostly shots of a faded, beautiful woman who seems drawn to the camera, followed by uncomfortably close scenes of domestic dysfunction featuring the same woman. It’s both art and an expression of love, complicated and sharpened by the fact that Melissa has been both daughter and caretaker since she was a young girl.

Through her daughter’s eyes, Deborah, 63, is anything but invisible. We see her at deeply tragic moments, but also when she looks fierce and lovely–as a mother with her arms wrapped around a daughter who holds the camera that connects them. In older family photos, we see snapshots of Deborah as a child, then as a vibrant young woman fully in the world before illness takes hold, or as a new mother whose face is beginning to show the shadow of distress.

Melissa Spitz Is TIME’s Pick for Instagram Photographer of 2017

Anyone with a parent who has an illness that’s a source of constant upheaval and crisis will recognize Melissa’s story. Deborah was first hospitalized when Melissa was 7; her father was out of town when her mother became delusional. “For three days in a row she called the police claiming people were in our house trying to kill us,” Melissa, 29, remembers. “I hid with her, stayed quiet with her, and then, when the paramedics showed up to wheel her out of our house on a stretcher, I felt alone.”

Over the years, Deborah has been diagnosed with paranoid schizophrenia, depression and bipolar disorder. Her psychiatric battles intensified with substance abuse, which afflicts 8.2 million American adults who are also struggling with mental illness. Growing up with someone battling these disorders is as scary and confusing as you might think. “I had to learn how to drive her home when I was 14,” Melissa remembers. Finding a semblance of normalcy became harder for Melissa and her brother after their parents divorced. “I told a friend about my mom, and of course it got out,” she says. “Then it was: ‘You’re not allowed to be around Deb Spitz–she’s nuts.'”

But when Deborah was being treated for breast cancer, Melissa says, the response from their community was different: “Everyone helped us, everyone wanted to donate. I came home with casseroles. But not when my mom was in an accident, or on pills. Then they stayed away. It’s sad and unfair. Both of those things deserve support.”

Many of Melissa’s nearly 49,000 Instagram followers say her work is a form of support for them. People write in gratitude and offer their own confessionals, such as: “When I discovered your pictures I started crying because they reflect, perfectly, everything I feel.” In this light, the series’ title, taken from a note that Melissa’s brother left for their mother, is as much a plea as it is a statement.

Creating art out of chaos has helped Melissa cope too: “The project became a buffer, a way to isolate horrible moments into tiny squares of digital material that I could make sense of later.” The project has reshaped this mother-daughter relationship. “The camera brings her attention and it brings her me,” says Melissa, who flew back to St. Louis to see her mother every other weekend throughout much of graduate school. Now she returns every few months. “It’s an exchange, me giving to her, and her giving herself to me,” she says. “I think in a way she’s trying to make up for all the bad stuff.” Sometimes Deborah sets up shots or performs when the lens is turned her way. Other times, she asks, “You’re sure this is helping other people?” Melissa assures her it is. 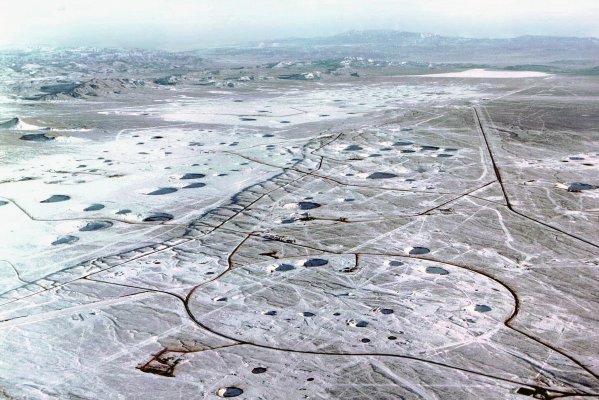 Donald Trump Is Playing a Dangerous Game of Nuclear Poker
Next Up: Editor's Pick