Arizona Sen. Jeff Flake and Ohio Rep. Brad Wenstrup rushed to the rescue Wednesday after a train they were taking to a Republican policy retreat in West Virginia crashed into a garbage truck, killing one person inside the vehicle.

It wasn’t tthe GOP lawmakers’ first time responding in an emergency situation together — last June, both lawmakers helped save House Majority Whip Steve Scalise after he was shot at a baseball practice for the GOP congressional team, with Wenstrup tending directly to Scalise’s injury until he was taken to the hospital.

Flake said the experience immediately brought up memories of the Congressional baseball practice shooting in an audio statement Wednesday.

“It was all too reminiscent of the baseball shooting, with myself and Brad Wenstrup working on Steve Scalise — similar type of feeling,” he said.

Describing the aftermath of the train crash, Flake said he made his way toward the back of the train until he was parallel to the crash before exiting the train to help.

“I was with Brad Wenstrup, Congressman, and also Sen. Cassidy working on another injured person, who came to, but was obviously in very bad shape,” Flake said. “Worked on him for about 20 minutes and then put him on a stretcher and carried him on an ambulance.”

No GOP lawmakers or aides were injured in the crash, and Amtrak spokesperson Kimberly Woods said there were no reported injures from train passengers or crew members. 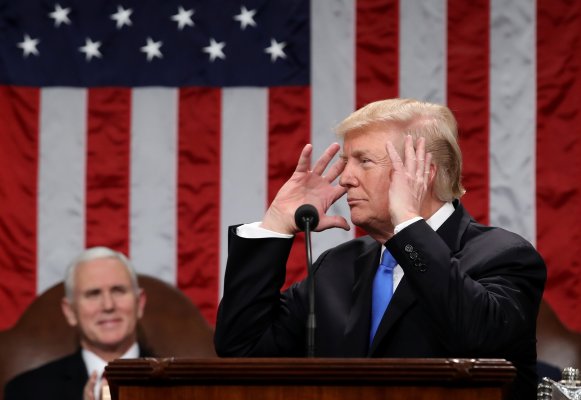 How Donald Trump Made DACA More Divisive With One Phrase
Next Up: Editor's Pick