'This Has Got to Stop.' Scott Baio Denies Nicole Eggert's Sexual Abuse Allegations

Scott Baio denied his former Charles in Charge co-star Nicole Eggert’s allegations that he sexually abused repeatedly beginning when she was 14, saying that the “false allegations” have to stop for the sake of his 10-year-old daughter.

Eggert first tweeted on Saturday: “Ask Scott Baio what happened in his garage at his house when I was a minor. Creep.” Baio first denied her allegation in a 16-minute Facebook video on Saturday. In an interview with Megyn Kelly Today on Tuesday, Eggert detailed her claims, saying that Baio had repeatedly sexually abused her on set and that the two first had intercourse when she was 17.

In an interview with Good Morning America on Wednesday, Baio again disputed Eggert’s claims, saying that they only had one consensual sexual encounter when she was 18. Baio said Eggert “aggressively sought me out.”

Baio added that it would be impossible for him to have abused Eggert on set because there were always teachers, parents and others around. He said he was only alone with her on set while they were shooting scenes together, when producers and directors were watching.

Alexander Polinsky, another cast member on Charles in Charge, told Megyn Kelly Today that he witnessed “inappropriate cuddling” between Eggert and Baio. Adam Carl, who appeared in one episode of the show, tweeted he remembered Eggert crying about Baio.

Baio added that the fallout of the allegations had affected his young daughter. “My 10-year-old daughter does not need to be hearing about this from friends at school — these false allegations,” he said. “Her job is not to defend me. My job is to defend my daughter. Her job is to be 10-years old. And that’s why this has got to stop.” 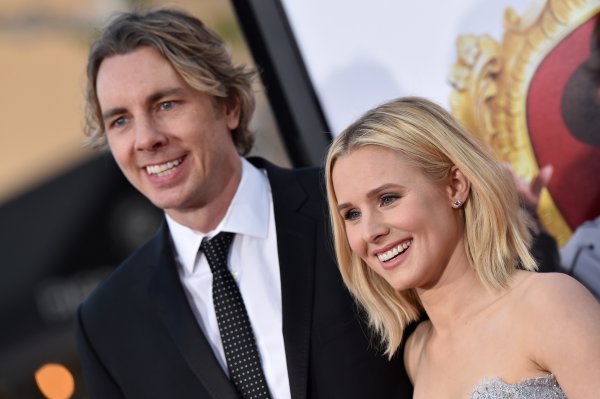