David Mueller, the Colorado deejay convicted last summer of groping Taylor Swift at a 2013 meet and greet, has reportedly been hired by a Mississippi station.

According to the New York Daily News, the disgraced broadcaster is now working as the morning co-host of “Jackson & Jonbob” on Greenwood’s KIX 92.7 network, using the on-air name “Stonewall Jackson”—an infamous Confederate Civil War general. The weekly program airs between 5 and 9 a.m on Mondays.

Larry Fuss, CEO for parent network Delta Radio, defended his decision to hire Mueller in an interview with the Daily News. “I sat down with him face-to-face in Minneapolis before I offered him the job and talked to him about it,” says Fuss. “He’s either the world’s best liar, or he’s telling the truth. I tend to believe his version of the story and most people who have talked to him face-to-face do believe his version of the story.”

Mueller did not immediately respond to PEOPLE’s request for comment.

It was Mueller who fired the first legal shot in the years-long court room saga. He initially sued Swift for $3 million in 2015, claiming he lost his job at the radio network KYGO after the singer’s security team accused him of groping her backside during a meet-and-greet at the Pepsi Center in June of 2013.

Mueller denied the allegations and also accused his colleague of sexually assaulting the star, but a rep for Swift told PEOPLE at the time that “the radio station was given evidence immediately after the incident” and “made their independent decision.”

One month later, the “Out of the Woods” singer countersued Mueller, saying in court papers he “intentionally reached under her skirt, and groped with his hand an intimate part of her body in an inappropriate manner, against her will, and without her permission.”

On Aug. 14, 2017, a judge in a Denver courtroom ruled that former radio host David Mueller assaulted and battered Swift, and ordered him to pay $1, a symbolic amount chosen by Swift herself. 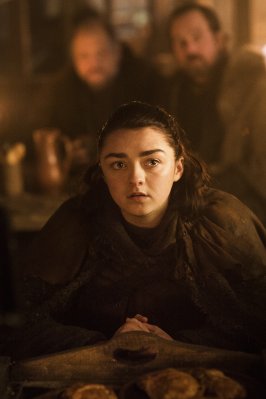