President Trump will use his State of the Union address to declare an end to what he described as “the war on American Energy” and say that the U.S. is now “an exporter of energy to the world.”

He is right that the energy sector is booming, but advances in the energy industry has its origins in technology advances and policy changes that predate the Trump presidency.

“We have ENDED the war on American Energy,” Trump said. “We are now an exporter of energy to the world.”

The U.S. has exported energy for decades. More recently, in 2016, as a result of an Obama-era change, the U.S. began exporting crude oil after a 40-year ban. And the Obama Administration approved infrastructure to export natural gas, much of which is only entering into use today.

Those changes led the Energy Information Administration, the federal agency tasked with tracking energy data, to project that the U.S. would be net exporter of energy by 2026. That announcement came days before Trump took office.

Still, beyond exports, the most obvious area where the Trump Administration might like to claim success is in the growth of the oil and gas industry. Natural gas production reached a record level last month and oil production is expected to continue to expand this year and next, according to data from the EIA.

But oil production, and increasingly gas production, are closely linked to global prices, something that Trump has virtually no ability to sway. And rising prices last year led to an increase in American production and could continue to do so in the coming years.

In the longer term, analysts attribute the expansion of the oil and gas industry to technology advances, namely fracking and horizontal drilling. Those changes have opened vast energy resources previously thought unreachable and allowed the U.S. to become a player in global energy exports.

Trump will also use his address to repeat his claim that he ended what some Republicans call the “war on coal” in reference to a slew of Obama-era environmental policies intended to shift the power sector away from coal to cleaner electricity sources.

But despite temporary indicators of a potential revival in coal production numbers — driven largely by demand for the type of coal used to make steel from China — the EIA projects that coal use in the U.S. energy mix will continue to decline. That’s largely thanks to the low cost of natural gas, which will remain more cost competitive for electricity providers than coal.

Trump’s energy moves have also struck a deliberate blow at renewable energy sources like wind and solar and that were experiencing rapid growth. Those sectors are expected to continue to grow in the long term but have experienced a setback with policies like Trump’s tariffs on the import of solar panels.

Still, the energy sector has applauded many of Trump’s moves. Trump has sought to open public lands, including in the Arctic, to oil and gas drilling, began the process of rescinding environmental regulations and delivered tax cuts.

But, ultimately, the future of the U.S. energy industry depends even more on the market than any move from the White House. “The market will eventually drive where those dollars are invested,” said Jack Gerard, CEO of the American Petroleum Institute, in a speech earlier this month. “Are they onshore? are they offshore? are they in the United States or elsewhere?” 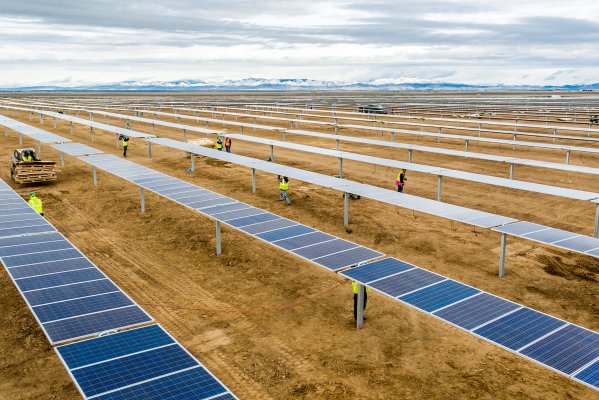