President Donald Trump is delivering his first State of the Union address Tuesday night, capping off what has been a rather tumultuous first year in office.

Trump’s speech is not expected to mention any of the most controversial topics shrouding his administration, like the special investigation into Russian interference in the 2016 election, the most recent government shutdown, and his alleged comments in about “shithole countries.” Instead, White House officials say, the President, should he stick to the script, will focus on a message of inclusivity, highlighting both his policy victories of the past year and priorities for the coming one.

“You can expect the President will be speaking from the heart,” a senior administration official told reporters in a briefing last Friday. “It will be a speech that resonates with our American values, and unites us with patriotism, and also unites us with the greatly expanded opportunities that is lifting up all Americans.”

There are five major issues Trump is expected to address in his speech: infrastructure reform — where he will lay out his $1 trillion reform plan, his immigration proposal the White House released last week; trade — where he will continue to stress the need for fair agreements, rebuilding the U.S. military and continuing counter-terrorism efforts; national security — where he will talk about strength of the military and counter-terrorism efforts, as well as the looming threat of North Korea and its continuous development to build up nuclear weaponry; and the economy, where he will highlight the booming stock market and argue for the benefits that will come with the new tax law.

“If last year was described as ‘optimistic,’ I think this speech is also optimistic, but it’s also very unifying, in the sense that it is unifying around the greater opportunities for all Americans, as a result of the last year’s job growth and success in the economy,” said the White House official.

But the speech’s delivery comes in a Congressional environment that is anything but unified and bipartisan. At least 11 Democratic lawmakers have announced they will forego the address, many citing what they deemed the divisive and racist rhetoric of the administration. Supreme Court Justice Ruth Bader Ginsburg, with whom Trump sparred in 2016, is also opting out of attending; she has a speaking engagement in Rhode Island.

And the speech is coming just more than a week after the government partially shut down because the two parties were unable to reach a long-term solution for the recipients of the Deferred Action for Childhood Arrivals Program (DACA), as part of a funding agreement. (Several Democrats who are attending are bringing DACA recipients as their guests). And another potential showdown is looming — the bill Congress passed to re-open the government only runs through February 8.

Democrats Invited 'Dreamers' to the State of the Union. A GOP Lawmaker Wants Them Arrested

How the State of the Union Address Made Its Broadcast Debut 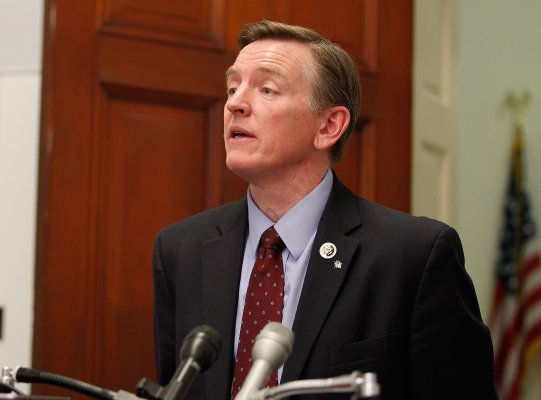 Democrats Invited 'Dreamers' to the State of the Union. A GOP Lawmaker Wants Them Arrested
EDIT POST