Why Mark Zuckerberg Can’t Be Trusted to Regulate Facebook

Ferguson is the author of the new book The Square and the Tower: Networks and Power from the Freemasons to Facebook.

Facebook is weathering a storm: The dominant global player in social networks has witnessed increasingly worrisome revelations about its role in the 2016 U.S. elections, raising concerns about the company’s power. This has coincided with a revival of interest in antitrust policies on the left and a growing suspicion of Facebook’s liberal politics on the right. Meanwhile, a growing body of research points to the psychological harm caused, especially to young people, by the addictive qualities of Facebook’s mobile app. All of this has made Facebook the least loved of the biggest American technology companies — and led founder and chief executive Mark Zuckerberg to pledge to “fix” Facebook. And who better to do that, he says, than Facebook itself?

The U.S. economy has seen a litany of super-successful businesses that faced backlashes when they got too big. John D. Rockefeller, Andrew Carnegie, J.P. Morgan, Henry Ford: each discovered that the economic benefits of large-scale enterprise sooner or later incurred regulatory costs. Neither promises to reform, nor political lobbying, nor high-profile philanthropy sufficed to ward off the backlash.

Standard Oil was originally praised for raising industry efficiency and for lowering the price of kerosene from 26 cents in 1870, when Rockefeller’s market share was 4%, to 7 cents in 1890, when his market share reached 90%. But muckraking investigative journalism, especially Ida Tarbell’s The History of the Standard Oil Company, fueled public outrage over Rockefeller’s anti-competitive business practices, which included rigging railroad prices against rivals.

Antitrust was animated by what Supreme Court Justice Louis D. Brandeis termed “the curse of bigness” — the idea that firms could be too big to treat employees on equal terms, to be efficient and to treat rivals fairly. This laid the political groundwork for the 1911 landmark judgment in Standard Oil Co. of New Jersey v. United States, which broke Standard Oil up into 34 separate firms.

Yet the chances of a successful anti-trust action against Facebook — or any of the other big tech companies — seem small. Proving that the company’s near monopoly on online social networking hurts consumers would be very hard indeed. After all, using Facebook is free.

The biggest threat to Facebook’s future is instead its founder’s insistence that Facebook is a technology company, not a content publisher, and that it can fix its problems by tweaking its News Feed algorithm and hiring ten thousand “content moderators.” This response glaringly conflicts with reality. Sooner or later it will surely be challenged — most likely by an amendment to the mid-1990s legislation that currently exempts all Internet platforms from liability for the content they host.

A better analogy for Zuckerberg and Facebook, then, is William Randolph Hearst and his newspaper group — which Facebook has now eclipsed as the biggest content publisher in American history. Zuckerberg would do well to consider Hearst’s fate.

Having been expelled from Harvard, Hearst was given the San Francisco Examiner in 1887 as a gift from his wealthy father, who had won it in a bet. Hearst invested in superior printing technology and hired top writers such as Mark Twain to transform the paper into “The Monarch of the Dailies.”

In 1894, Hearst bought the New York Journal, going head-to-head with Joseph Pulitzer and 16 other New York dailies. In all, Hearst founded or acquired 42 newspapers, including at least one newspaper in every major American city. He later added magazines (such as Cosmopolitan), news services and radio (WINS). At their peak in the mid-1930s, Hearst’s papers reached 20 million readers a day, one in four Americans.

With high circulation came great power. Hearst papers appealed to the urban working class, mixing populist and progressive politics with nationalism and xenophobia and later isolationism. In the 1890s, Hearst backed the populist Democratic presidential candidate William Jennings Bryan. In 1901, he was blamed by some for the assassination of President William McKinley by an anarchist. Hearst’s role in pressing for the Spanish-American War (“the Journal’s War”) is a notorious case of “fake news” (known in those days as “yellow journalism”) leading to a major political event.

Some have speculated that Mark Zuckerberg harbors political ambitions. Hearst certainly did. He served as representative for the 11th District of New York for two terms (1903–1907), leaving the House to run for Governor of New York. But he lost that race. He also made unsuccessful bids to be the Mayor of New York (1905 and 1909) and the Democratic nominee for President (1904) — hence “William ‘Also-Randolph’ Hearst.”

The more Hearst played politics, the worse his business did. In the 1920s, he invested heavily in real estate in California, New York City and Mexico, as well as in art. These decisions proved disastrous in the aftermath of the 1929 crash. In 1937, the Hearst Corporation underwent a court-mandated reorganization, and Hearst lost control of the company. He cut an increasingly bizarre figure in his later life, much of which was spent in his grandiose castle at Saint Simeon or the Beverly House in Beverly Hills. The 1941 film Citizen Kane immortalized his rise and fall — though the Hearst Corporation outlived its founder.

Hearst author Mark Twain never said: “History doesn’t repeat itself, but it does rhyme.” What he wrote was: “History never repeats itself, but the Kaleidoscopic combinations of the pictured present often seem to be constructed out of the broken fragments of antique legends.” Judging by its response to the public relations that has recently engulfed it, Facebook could use Twain’s kaleidoscope.

Citizen Kane — and for that matter, Hearst’s life — offers a story of a genius whose success and power ultimately divorces him from the real world. Citizen Zuck should watch it. Though he won’t like it. 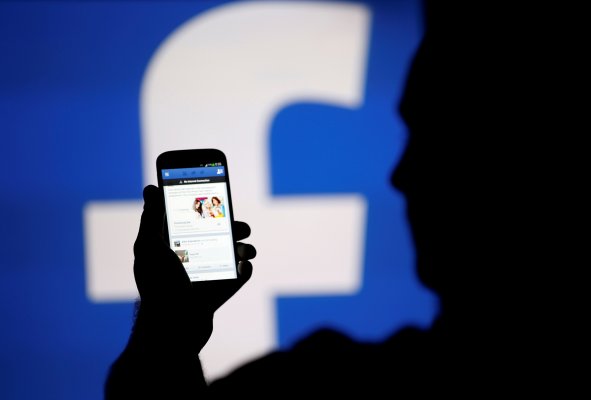 Disinformation Is Becoming Unstoppable
Next Up: Editor's Pick