Skygazers are in for a triple treat early Wednesday, when a total lunar eclipse occurs during a blue moon and a supermoon. It’s a rare event that some have started to call a “super blue blood moon.”

The blue moon will take place on Jan. 31. The moon will look larger, beam brighter and give off a reddish glow, hence the “blue blood moon” moniker. The last time these three lunar events happened at the same time was in 1982.

The total lunar eclipse will occur when the Earth moves between the sun and the moon, preventing sunlight from reaching the moon. It just so happens to be a blue moon, or the second full moon of the month, as well as a so-called supermoon because the full moon is closer to Earth, looking bigger and more luminous than normal. The next blue moon lunar eclipse during a supermoon will not happen again until 2037.

Across the world, people will gather to catch the eclipse, from the planetarium in New Delhi to the Astronomical Museum in Taipei.

In the U.S., people on the West Coast and the middle of the country will have the best opportunity to catch the eclipse early Wednesday morning. According to NASA, the lunar eclipse’s totality will last for about 1 hour and 16 minutes, and will start on the West Coast around 4:51 a.m. (P.T.), lasting until about 6:07 a.m. (P.T.). The East Coast, eastern South America, western Africa and parts of Europe will not get a clear view of this lunar eclipse. But the eclipse will be in full view in Australia, Hong Kong, Japan, Indonesia and Thailand, and in partial view in India.

You can watch the blue moon lunar eclipse live above. 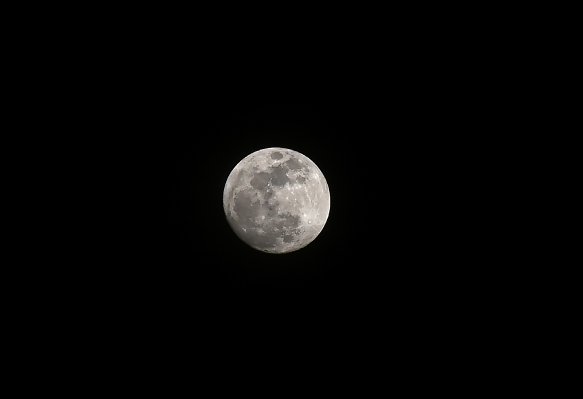 What Is a Supermoon? Here's What to Know About the Lunar Phenomenon
Next Up: Editor's Pick