An eight-month-old baby girl has been raped in the Indian capital New Delhi.

The infant is reportedly in a critical but stable condition at a local hospital after undergoing surgery Monday, India’s local NDTV reports. The incident occurred Sunday in the family’s home.

The alleged perpetrator, a 28-year-old cousin, has been arrested by police and charged under India’s Protection of Children from Sexual Offenses Act.

Delhi’s Commission for Women chair Swati Maliwal said that the infant underwent a three-hour operation on Monday, and described damage the baby’s internal organs as “horrific.” She appealed to Indian Prime Minister Narendra Modi to protect girls with “stricter laws and more police resources,” according to the BBC.

Outcry against sexual violence in India has grown more vocal and widespread since the 2012 gang rape and murder of a 23-year-old medical student in New Delhi. The crime sparked mass protests and drove the government to introduce tougher anti-rape legislation, which narrow the definition of consent and introduce the death penalty in certain cases. Last year, India’s Supreme Court ruled that sex with an underage wife also constitutes rape. The age of consent in India is 18, but a previous clause allowed men to have sex with girls as young as 15 if they were married.

Delhi has also seen protests over sexual violence this week, as activists condemned the government’s lack of response to 10 rape cases perpetrated in as many days, five targeting minors and two ending in the death of the victim in India’s northern Haryana state, the Hindustan Times reports. The state’s chief minister addressed the demonstrations for the first time on Wednesday, calling the incidents “unfortunate.” 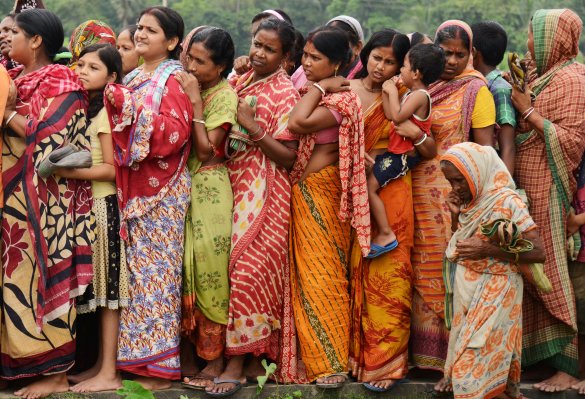 India Estimates 21 Million of Its Girls Are 'Unwanted'
Next Up: Editor's Pick