Super Bowl Rings Keep Getting Bigger. What to Know About the Flashy Football Tradition

Past Super Bowl rings on display in 2012
NBC / Getty Images
By Olivia B. Waxman

The winners of Super Bowl LII — who, in 2018, will be either the New England Patriots or the Philadelphia Eagles — will be rewarded with a supersize check and a supersize ring. The Super Bowl rings are a tradition as old as the Super Bowl itself but, as the television era increased the profile of the game and made the planning of the big event more of a production, so too did the design of the rings become more of a production, says Jon Kendle, archivist at the Pro Football Hall of Fame. For example, the first ring in 1967 had one diamond, and the Super Bowl LI ring for 2017 had 283. Here’s what else to know about the tradition:

It’s one of the many tangible legacies of the former Green Bay Packers head coach. His players got the first Super Bowl rings for defeating the Kansas City Chiefs in the first Super Bowl on Jan. 15, 1967. Championship rings were already a thing in other American sports — World Series rings go as far back as 1927, while the NBA championship rings date back to the 1947 finals — but he took the opportunity to personalize Super Bowl rings to heart. In addition to having the custom jeweler Jostens put the NFL logo on the left side of the ring, he had them put a crown from his family’s coat of arms on the right side of the ring along with the phrase Harmony, Courage, Valor, and a full-cut, 1.0-point diamond in the center.

Teams With the Most Rings

The Pittsburgh Steelers won the most Super Bowls, so as a team they have the most rings; if the Patriots win on Sunday, then they will tie the Steelers for most Super Bowl wins. Until then, the Patriots are tied in second place for their ring collections with the Dallas Cowboys and San Francisco 49ers, which have won five Super Bowls each. Patriots quarterback Tom Brady and Charles Haley (who has played for the 49ers and Cowboys) are the only ones to have earned five Super Bowl rings as players.

“If a team has won multiple Super Bowls in the last five years, the size and shape of the ring may increase,” Kendle told TIME in an email. “The New York Giants, Indianapolis Colts and the Pittsburgh Steelers Super Bowl XL ring are similar in size. However, the New England Patriots Super Bowl XXXVIII and XXXIX and the Pittsburgh Steelers Super Bowl XLIII rings are much bigger because they had won multiple Super Bowls in the last five years.” The league will pay for 150 rings for the winning team, and gives teams a maximum $5,000 reimbursement, but most of the time owners request such elaborate rings now that they have to either foot the rest of the bill themselves, or the jewelers will produce it at a loss because the publicity will pay off, says Kendle. But there are some restrictions on the type of material that goes into them: they have to be made of 10-karat plumb gold and first-time winners can’t wear a diamond over 150 points.

Even Vladimir Putin Has One

And in fact, it happened shortly after a different Patriots-Eagles Super Bowl showdown, in 2005. Four months after the Patriots beat the Eagles, Patriots team owner Robert Kraft let the Russian President try on his Super Bowl XXXIX ring, which boasted 124 diamonds—and is said to be worth $25,000—during a meeting of businessmen at the Konstantin Palace outside St. Petersburg, Russia. The Russian President pocketed it, and Kraft later revealed that Bush administration officials advised him to let Putin keep it and say it was a gift. 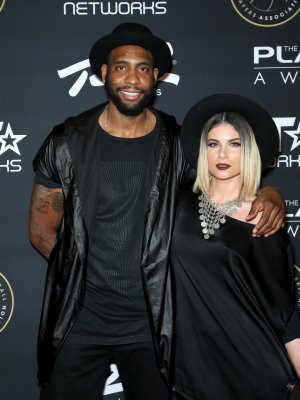 Rasual Butler and Leah LaBelle Killed in Car Accident
Next Up: Editor's Pick