At the 60th annual Grammy Awards on Sunday night, artists like Bruno Mars and Kendrick Lamar took home some major wins, but thanks to host James Corden, not even the losers went home empty-handed.

Following Dave Chappelle’s win for the Best Comedy Album during the live show, Corden took to the stage to congratulate the comic and to offer some consolation to his fellow nominees.

“Congratulations Dave Chappelle, now I should say to all the nominees this evening who are not going home with a Grammy…I don’t want anybody to be upset tonight,” Corden said. “So the good news is, nobody goes home empty handed, because all night we’ll be handing out consolation puppies. Okay, so if you didn’t get a Grammy, you get a puppy!”

After Corden made his announcement, handlers delivered puppies to the likes of Jerry Seinfeld and Sarah Silverman, much to the delight of the nominees and the audience.

Unfortunately, it looks like not everyone who lost in their category got a puppy hand-delivered to them, as Kelly Clarkson took to her Twitter to lament not receiving a puppy. 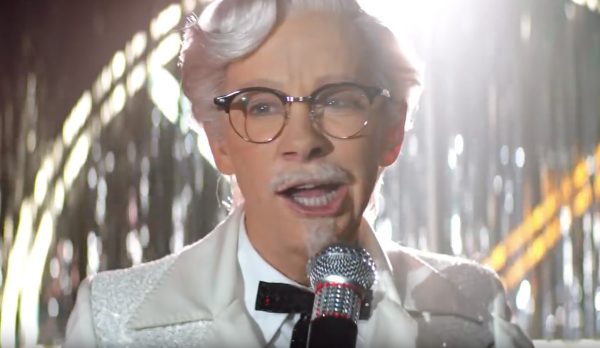 KFC's New Colonel Sanders Is Reba McEntire and the Internet Has Endless Thoughts About It
Next Up: Editor's Pick