A Group of Foreigners Were Arrested in Cambodia For 'Dancing Pornographically.' They Now Face a Year in Prison

A group of 10 foreigners are facing up to year in prison in Cambodia after police raided a dance party attended by tourists and local expat residents in Siem Reap, near the country’s Angkor Wat ruins, which the authorities deemed “pornographic.”

The group was arrested last week when police reportedly broke up an event at a private villa where revelers were “singing and dancing pornographically” police said, according to the Guardian.

The group, which includes citizens of the United Kingdom, Canada, New Zealand, the Netherlands and Norway, were held over the weekend and charged with “producing pornographic pictures and materials.” They face up to a year in prison and a fine of up to $500, local paper, the Phnom Penh Post reports.

Seventy-seven people were arrested in total on Thursday, according to a police statement, with most being released after being “educated.” Britain’s Foreign Office is providing assistance to the five British nationals in the group, according to the BBC.

On Saturday, Cambodian police posted images that appeared to show laughing, dressed foreigners in sexually suggestive positions. Police also released a group shot of the 10 defendants, but one person in the group said those who were arrested did not appear in the photos.

“Honestly, it was really confusing. Everyone was confused. They raided, rounded us up – there were about 80 to 100 people at this party. Some of them were tourists. There were about 30 of them [police officers],” one of the arrested said.

A local prosecutor told the Associated Press that, “any people producing pornography is contrary to Cambodia’s traditions.”

The incident was not the first time Cambodia has disciplined foreigners for indecent exposure or conduct near the Angkor Wat temples, a UNESCO World Heritage Site and object of national pride in the conservative Southeast Asian country. In 2015, the Apsara Authority, which has oversight of the temple park, launched an investigation over a photoshoot involving a topless model. Just days later, three French tourists were arrested while taking nude photos were fined $750 each, given a suspended six-month sentence and deported with a four-year ban on returning. A pair of American sisters were fined $250 and deported for taking revealing photos at the temples. 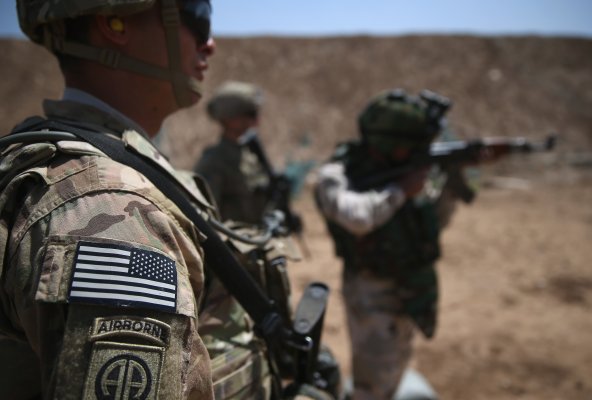