SZA has had a breakout year, releasing acclaimed debut album Ctrl and developing a passionate following for her brand of honest, melodic R&B. So fans were excited when she was nominated in five different categories at the 60th Annual Grammy Awards, including Best New Artist, Best Urban Contemporary Album, Best R&B Performance, Best R&B Song and Best Rap/Sung Performance.

Unfortunately—despite the fact that she was the most-nominated woman of the year—SZA did not win any of the awards she was up for, losing out to Alessia Cara as new artist, The Weeknd for urban contemporary album, Bruno Mars for both R&B categories and Kendrick Lamar and Rihanna’s “Loyalty.” for rap/sung performance.

Her losses were not overlooked by fans and supporters online, including her label head Punch of Top Dawg Entertainment.

In the meantime, fans can see SZA starring in the latest Gap commercials—and expect much more to come from the rising star. “This is just my prerequisite, honestly,” SZA told TIME this summer of her debut album. “This is just my entry chord into even understanding how to write.” 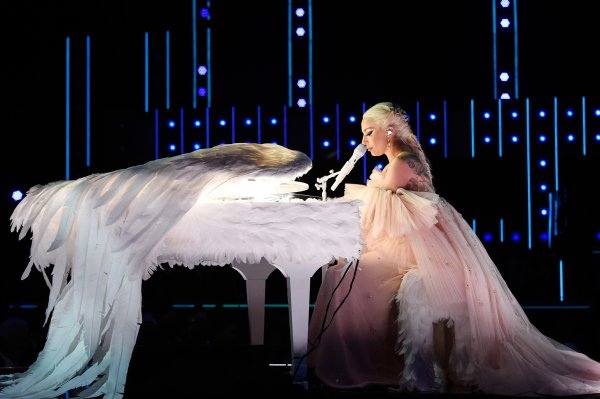 Lady Gaga Shouted Out Time’s Up During Her Grammys Performance
Next Up: Editor's Pick