How American Inequality in the Gilded Age Compares to Today

It was a party, but also a paradox. As discussed in this exclusive clip from the new PBS American Experience documentary The Gilded Age, premiering Feb. 6, the ball held in New York City in 1897 exemplified both sides of the period in which it was held. The very wealthy flaunted their newly extravagant lifestyles, viewing their riches — a result of that century’s great social and technological changes — as proof that the U.S. was on the right track. Meanwhile, others in the city struggled to get by.

That’s why that term for that late-19th-century period in American history — the Gilded Age — is so apt. As historian Nell Irvin Painter explains, “‘Gilded’ is not golden. ‘Gilded’ has the sense of a patina covering something else. It’s the shiny exterior and the rot underneath.”

But, while the original Gilded Age inspired a wave of political change, from the first march on Washington to the rise of the Populists, its fallout did not lead to the end of inequality in the United States. As Painter tells TIME, there have been several major cycles of inequality in the U.S. since then: the mitigation of inequality during the Progressive era, the return to inequality in the 1920s, the great equalizer that was the Great Depression and the New Deal, and then the rise of inequality once again in the late 20th century. That trend has continued to this day, and Americans are now living in an era that has been called a new Gilded Age.

It’s difficult to find a precise comparison between the level of inequality in the Gilded Age and that of today, because it hasn’t been tracked consistently and the modern income tax did not exist in the 19th century. Many studies that do compare over time start later, for example in the 1920s. What’s clear, however, is that both periods are marked by extreme wealth gaps.

One statistic cited by the Gilded Age documentary is that, by the time of that 1897 ball, the richest 4,000 families in the U.S. (representing less than 1% of the population) had about as much wealth as other 11.6 million families all together. By comparison, as of November 2017, the three richest individuals in the U.S. had as much wealth as the bottom half of the population. According a recent CNN analysis of Federal Reserve data, as of the end of 2017, the top 1% of Americans held 38.6% of the nation’s wealth.

But that doesn’t mean that today’s wealth gap is the same as that of more than a century ago.

For example, that 1897 ball might go down a little bit differently today. “One of the hallmarks of the Gilded Age is the flaunting of great wealth,” Painter tells TIME, pointing out that today’s wealthy Americans may be reluctant to expose just how much they have. “I think perhaps the roots of embarrassment over great wealth may go back to the 1930s, but that’s a really long time ago.”

One explanation could be that many of the people who are really wealthy today remember the 1960s, a time of not only greater wealth equality but also great idealism about the potential for equality, and not just economic equality. Even as equality has faded, she says, the nostalgia for that time remains. But, in the face of another round of technological and social changes, nostalgia only counts for so much.

“Capitalism makes some people really rich, and democracy is not strong enough to counter the power of great wealth,” Painter says. “Capitalism helps a lot of people in a lot of ways. Capitalists aren’t just robber barons and the very rich. It’s not all bad, but it’s very powerful.” 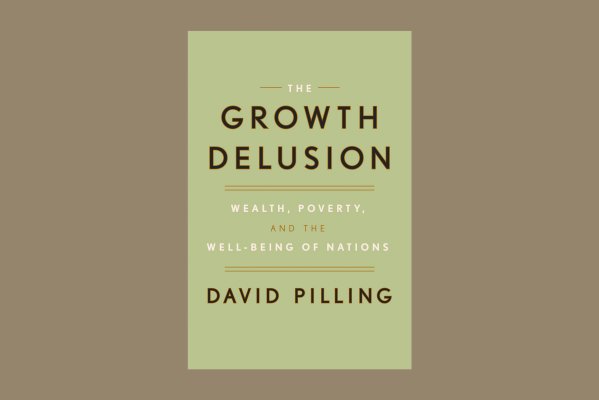 Why GDP Is a Terrible Metric for Success and Wealth
Next Up: Editor's Pick