“I just wanted to remind the audience that the only thing more frightening than watching a black man be honest in America is being an honest black man in America,” Chappelle said wryly before the camera switched back to Lamar and his dance crew. Throughout the incendiary, politicized Grammy performance — it opened with a flag waving in the background, included the title “This is a satire,” and ended with a choreographed sequence in which all of Lamar’s dancers were shot down — Lamar maintained a singular focus.

Lamar then picked up the first Grammy award of the night for Best Rap/Sung Performance for his collaboration with Rihanna, “Loyalty.” 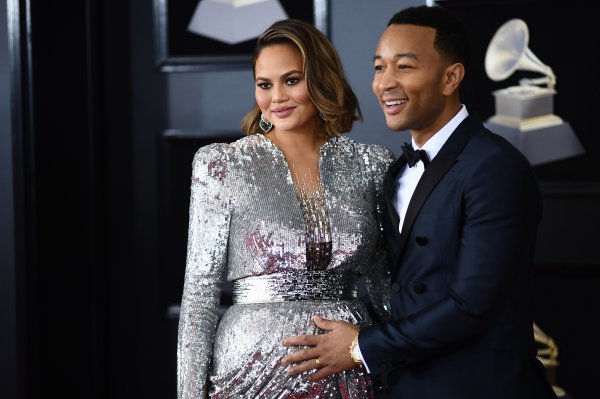 Chrissy Teigen and John Legend Donated to Time's Up in Support of Olympic Gymnasts
Next Up: Editor's Pick