9 CEOs With the Absolute Worst Reputations

Joe Raedle—Getty Images
By Douglas A. McIntyre and Vince Calio

A good manager understands the contribution of his or her employees. In return, managers often receive the respect of their workers. And indeed, more than two-thirds of American employees approve — even like — their companies’ chief executive officers.

Some CEOs, however, are not popular with employees. At nine major companies, 40% or fewer employees gave their CEOs a positive review. Sears Holdings’ CEO, Edward Lampert, received positive reviews from just 20% of Sears employees and from just 26% of Kmart employees, the lowest rated CEO. Based on 24/7 Wall St.’s independent review of employee ratings provided by Glassdoor, these nine CEOs have the worst reputations.

According to Glassdoor spokesperson Scott Dobroski, “While this list was compiled by independent research by 24/7 Wall St., it’s clear that some CEOs may want to take note that their own employees feel they can improve when it comes to leadership.” 24/7 Wall St. identified a number of factors that can hurt a CEO’s reputation within his or her own company. These include a CEO’s propensity for humiliating the company in public, poor stewardship of the company and a compensation package that employees perceive to be excessive.

A number of CEOs have failed to represent their companies adequately in public. On some occasions, a CEO’s public conduct was nothing more than a nuisance, while in other instances it became a liability for the company. Abercrombie & Fitch CEO Michael Jeffries is an infamous example of the latter. His comments about the retailer’s target audience — “cool, good-looking people” with “washboard stomachs” — have created negative feelings. Both the press and general public heaped scorn on Jeffries for his blatant lack of sensitivity and the company’s customer discrimination.

MORE: States With the Highest (and Lowest) Taxes

Many of the CEOs with poor reputations also ran their companies poorly. Xerox CEO Ursula Burns has repeatedly claimed the company’s 2010 buyout of Affiliated Computer Services would rekindle Xerox’s years of flagging fortunes. Instead, Xerox’s services business has faltered and revenue flattened. The acquisition’s once-prized assets have barely turned out to be valuable at all. Less than one-third of Xerox employees gave Burns a positive review.

One measure of stewardship is the evaluations employees gave their companies. Companies run by the CEOs on this list received scores of less than 3 out of 5 as an overall company rating, indicating workers were unhappy with their jobs and the companies. Employees of Sears Holdings’ Kmart stores gave their company just a 2.0 overall rating.

Dobroski noted that the relationship between overall rating and CEO approval was not a surprise to him. “The same is conversely true for the top [rated CEOs]. CEOs with high approval ratings tend to lead companies with higher than average satisfaction ratings as well.” According to Dobroski, this is because “leadership and the tone for the company going forward is generally set at the top and then trickles down to the rest of the company.”

Layoffs can also breed animosity toward management among employees. Since the beginning of 2013, GameStop has closed 500 stores. It is unlikely that company CEO J. Paul Raines is popular with current and former employees for that decision.

Other cuts can have a similarly negative effect on employee morale. Last year, Forever 21, run by CEO and founder Do Won Chang, cut employee benefits and moved a number of workers from full-time to part-time status. The company denied this was intended to limit some employees from working more than 30 hours per week — which would have required the retailer to provide workers with health coverage as part of the Affordable Care Act.

Continued store cuts at Sears Holdings, which are central to the company’s plans to streamline operations, may also create negative feelings toward management among workers.

Extravagant pay can also lead employees to resent their CEOs. The three members of the Dillard family who run Dillard’s not only serve as management, but they also control the company’s board. The three brothers were paid a total of more than $58 million between 2011 and 2013. With a share price that has risen dramatically in recent years, from just a few dollars to nearly $100, investors may feel this money has been earned. It is unlikely that employees were as enthusiastic.

MORE: Cities With the Most Content (and Miserable) Workers

The chief executives with the worst reputations may want to look at their more popular counterparts at other companies to determine how they can improve and win over their employees. According to Dobroski, well-liked executives focus on “clearly communicating their vision, including being transparent about where the company is going, how they’re going to get there, and how each employees plays a vital role in this.”

However, for many executives there is little incentive to improve those perceptions without direct intervention from the stockholders. Despite the company’s weak financial performance, and his own rash statements, Abercrombie & Fitch’s Jeffries only stepped down as chairman of the board after hedge fund Engaged Capital launched a campaign to split the roles of CEO and chairman. Sears Holdings’ Lampert not only serves in both these roles, but he also engineered the 2005 merger of Sears, Roebuck & Co. and Kmart, widely considered to be a failure. Additionally, ESL Investments, Lampert’s investment fund, owned 48.5% of all shares outstanding as of March 19.

In order to identify the CEOs with the worst reputations, 24/7 Wall St. examined employee reviews at Glassdoor. To be considered, companies had to have a minimum of 500 reviews. Of the more than 225 companies with more than 500 comments, 24/7 Wall St. identified the nine CEOs with the lowest favorable reviews — 40% or lower. Positive reviews of Eddie Lampert, CEO of Sears Holdings and subsidiary Kmart, were both below 40%. Reviews of Michael Jeffries, CEO of Abercrombie & Fitch and subsidiary Hollister, were also both below 40%. Data on average wages by position were also from Glassdoor. Additionally, we reviewed financial statements from these companies, where available, filed with the Securities and Exchange Commission. Employee counts are from companies’ own financial statements, as well as Yahoo! Finance. Estimates of employee counts of Forever 21, a privately held company, were taken from Forbes.

Ursula Burns made headlines in 2009 when she became the first African-American woman CEO of a Fortune 500 company. Burns has been exceptionally visible during her tenure, making frequent public appearances even as the company’s prospects have faltered. Burns pushed for the $6.4 billion acquisition of Affiliated Computer Services that closed in 2010, claiming it would help the business. Xerox Corp. (NYSE: XRX), though, has yet to see any substantial benefit from the deal. Late last year, the company called the police prior to announcing 168 layoffs at its Cary, N.C., facility, noting they “were expecting trouble.” It was the second round of a total of roughly 500 layoffs. This treatment of employees stands in contrast to how the board treats Burns, awarding her an average of $13 million a year between 2010 and 2012. One former employee, commenting on Glassdoor, said, “Most upper management have received salary increase over the last 6 years, but staff has not.”

Under founder and CEO Do Won Chang’s leadership, Forever 21 employees commented on Glassdoor that they receive minimum wage, often have to work late into the night and get very little time off. Chang has often received attention for his actions over the years. In August, a company memo sent to employees stated that salaries and benefits would be cut, which many suspected was done in order to avoid paying health benefits as mandated by the Affordable Care Act. He also decided to have a reference to a Bible passage, John 3:16, sewn to the bottom of the retailer’s carrying bags, which may not sit well with some of his employees and customers. Former employees on Glassdoor claim that they have been threatened with termination if they called in sick.

Like many of the companies run by unpopular CEOs, Dillard’s Inc. (NYSE: DDS) retail employees are paid poorly. According Glassdoor, a sales associate can expect to make $10.72 per hour. In contrast, the three family members of the clothing retailer who control the company, William Dillard II, the CEO, the company’s president, Alex Dillard, and its executive vice president, Mike Dillard, have paid themselves a total of $54 million over three years between 2010 and 2012. Bill Dillard II also did not win over employees when the company settled a class action disability discrimination lawsuit brought by former employees for $2 million in 2012. The company allegedly forced employees to reveal confidential medical information in order to be allowed sick days. Employees are under pressure to meet a sales quota that many of them have labeled as unrealistic. One current sales associate stated on Glassdoor, “Sales quotas are not entirely reasonable. Hard work doesn’t always pay off, especially if no one is in the store.”

Lampert created Sears Holdings Corp. after coordinating the merger of retail giants Kmart and Sears, Roebuck & Co. nearly a decade ago. Since then, Lampert has served as chairman of the holding company, and recently took up the role of CEO as well. Lampert controls nearly half of all shares through his fund ESL Investments. Sears has continued to flounder under Lampert, who has repeatedly spun off its various assets and stores into independent entities, including Land’s End and Sears Automotive. Same-store sales, revenue and earnings have all continued to disappoint. A Businessweek profile of the company last year criticized Lampert for pitting divisions against one another. This, according to the article, has discouraged divisions from collaborating. According to one reviewer on Glassdoor, “communication from top levels is weak,” a common complaint for the CEOs with the worst reputations. 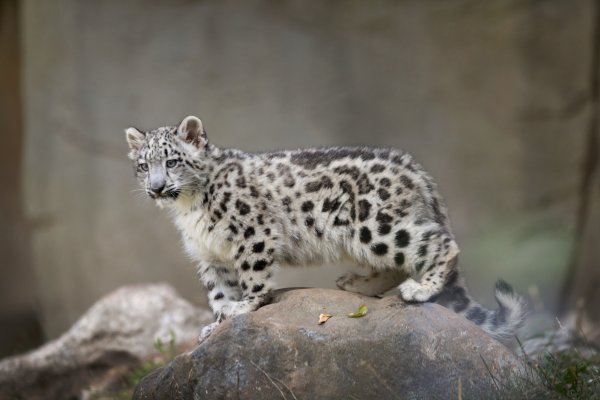 9 Animals That Are On the Verge of Disappearing Forever
Next Up: Editor's Pick