'We Can Be a Better Country If We Know These Stories.’ The Complicated History of African Americans in the Military

There are as many different kinds of war stories as there are people who have been called to fight. There are inspirational war stories, gruesome war stories, sad war stories. But in all of them, necessitated by the very nature of war, there’s some kind of sacrifice. Understanding those sacrifices and why they were made can change the way we see the whole history of war — and of ourselves.

At least, that’s how NYU professor and journalist Yvonne Latty sees it. Her father was a veteran, but it was not until after his death, as she worked on the 2004 book We Were There: Voices of African American Veterans, from World War II to the War in Iraq, that she was able to reframe the stories he had told her during her childhood. She came to understand more deeply how the sacrifices made by African Americans who had served in the U.S. military affected the opportunities that she herself would have in civilian life. She also saw how that deeper understanding could change the way she, and other people of color, saw the world.

“It makes me feel like I want to be the best version of myself that I can be, that I didn’t squander the sacrifices my father and so many others made so that I could have the opportunities I have,” she says. “And that’s the thing. If you know what your people have gone through — if you really, really know — there’s no stopping you.”

That’s just one reason it’s a problem, as she sees it, that far too many people don’t know. In the lead-up to this year’s February Black History Month observance — the theme of which is “African Americans in Times of War” — she spoke to TIME about that past and why it’s so often overlooked.

TIME: Speaking to veterans who served over the course of many wars, what were the big changes you noticed between stories from decades ago and more recent accounts?

LATTY: In World War II, the military was segregated. The black men who served were treated like second-class citizens. They weren’t, in many cases, even allowed to fight. Now it’s an equal-opportunity employer, you know? Anyone can fight and the military is integrated. That’s the really big change.

Is there anything that hasn’t changed?

That African-Americans who join the military are looking for opportunity and to better their lives. That’s the one thing that was clear in every war and is still clear.

Has it been a straight line of progress, or have there been setbacks?

It’s more of a straight line than there is outside of the military. I think when you fight with people and you die with people, and you put yourself in a place where you’re entrusting your life to someone else, the bonds you have with each other are a lot stronger than if you just work for a corporation.

In your work on this topic, has there been a story that has stuck with you in particular?

There’s a woman I spoke to who was one of the first African-American nurses in the military, and she told me a story about being in training. There were other white nurses there and they had to climb up a steep hill for this training, and she stumbled. It was really hard for her. And two white nurses grabbed her arms to help her up this hill, but when they got to the top of the hill, the light of the moon shined on her face and they saw she was black, and they practically pushed her down the hill.

Another story that stuck with me was this man named James, who fought in Europe toward the end of [World War II] in an all-black unit, and when he came back from the war his ship landed in Norfolk, Va. The white people [in the town] didn’t want them to walk through the town to get to the base, after traveling all the way from Europe and fighting in Italy. When he told me that story, he cried. Eventually they had to get off the ship and when they did, all the white residents lined up and turned their backs to them. As they walked through the town, their sergeant had them sing out in cadence, and that helped them not break down. After that, they went home and you could see all the celebrations of the war being over, all the white people celebrating and cheering the soldiers coming up and saying how they were heroes, but nobody ever said that to him. And he cried.

Why is it so important to hear and preserve stories like these?

It’s such an important part of American history and I think there’s a lot of pride that African Americans, that all people of color, can feel when they read these accounts. It’s important for us to know our place in history, but we don’t. We never learned this stuff when I was growing up; I never knew.

Hearing these stories makes me feel connected to America in a way that nothing in my life ever did. I did this book right after 9/11 because I felt so disconnected from America, and this book helped me understand how much sacrifice happened in order for me to have the opportunities I have. Especially the World War II guys — I mean, they came back and they marched with Dr. Martin Luther King. That was our Greatest Generation. But we don’t have language around that. When you hear these stories, it makes you understand why this country is our country, and that’s so important — and it’s even more important in 2018 when it feels like people of color are battered every single day.

Why do you think we don’t hear these stories more frequently? What’s behind that blind spot?

I mean, I think history’s whitewashed. This history is for the most part written by white people, and who’s celebrated in our history is people who look like them, so that’s the perspective we get. And in order to talk about World War II vets, you have to talk about racism, and a lot of white people don’t want to hear that. They don’t want to connect the Greatest Generation with racism. They want to celebrate those two nurses going up the hill with Gertrude; they don’t want to know that they tried to knock her down because her face was black. It’s not comfortable to talk about.

In the end, it’s an American story. It’s not a story to put anyone down. It’s a story of what was, which we can learn from and grow from. We can be a better country if we know these stories.

Do you think the nation is getting any better at listening to them?

In some cases. The mood of the country right now is very polarized. The people who want to hear them are completely open to hearing them. But then there’s another part of the country that doesn’t want to hear. And you know, war is hard on anyone, it doesn’t matter what race you are, what gender you are. But honestly, some of these black men — I just don’t know how you go and fight the enemy, and then you’re also having to fight everything else around you. I mean, one of them told me that’s what was told to him when he was a prisoner of war in Germany: “How can you fight for a country that lynches your own people?”

What was his answer?

He said, “I fight for my people, for my American people — for all of us.” 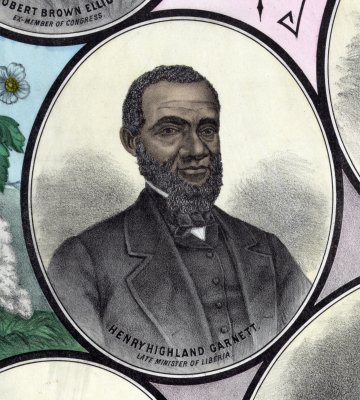 One of History's Foremost Anti-Slavery Organizers Is Often Left Out of the Black History Month Story
Next Up: Editor's Pick