'My Worst Nightmare.' 8-Year-Old Boy Dies From Flesh-Eating Bacteria After Falling From Bike

An 8-year-old boy died after a fall off his bicycle led him to contract a flesh eating disease.

Doctors said they believe Liam contracted the case of necrotizing fasciitis, from his wound touching dirt when he fell, People Magazine reported. They attempted to control the infection, which ended up stretching from his ankle to his armpit, by removing patches of the infection from his tissue, according to the report.

“The pain was so bad that he was screaming. It’s horrific. It is a horrific torture, that’s what it is. The last things I got to hear from my son was him screaming because it hurt so bad,” the boy’s mother Sara Hebard told People.

Doctors later put Liam on life support and transferred him to another hospital where he later died.

“Even though this is my worst nightmare, I want to believe his death had a reason, it had a purpose. Maybe it’s to save other’s lives, because no one deserves to go through what we went through. Hold your babies tight and listen to them. Just pay attention, and don’t just pass things off as if things will be okay,” Hebard said. 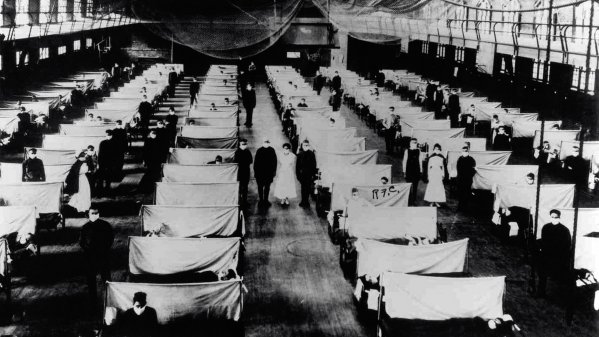 The Worst Flu Pandemic of the 20th Century Has an Urgent Lesson for Today
Next Up: Editor's Pick