Saturday night’s Clive Davis Pre-Grammy Gala has been one of the hottest tickets in the music business for years. At this weekend’s New York City party, held at the Sheraton Times Square with the Recording Academy, nearly 1,000 of the industry’s titans and politicians like Nancy Pelosi, news personalities like Katie Couric, and celebrities like Jerry Seinfeld and Martha Stewart joined the evening’s honoree Jay-Z (with Beyoncé, of course).

But the real point of the night was to pay homage to Jay-Z, a 21-time Grammy winner — and the artist up for the most awards at Sunday night’s Grammys. The music scion received the 2018 Salute to Industry Icons Award, which has previously honored icons like Antonio “L.A.” Reid, Richard Branson and Debra L. Lee. In his introduction, Davis called Jay-Z a “towering talent.”

“Jay, you are the ultimate music person,” Davis went on. “You have literally defined so much of the music business as we have known it and as it continues to evolve.”

In his remarks, Jay-Z reflected on his early boycott of the Grammys. “I realized art is super subjective and everyone’s doing their best. And the Academy… they’re human,” he said, noting that he returned to the Grammys when Beyoncé was nominated. “That’s the whole idea: for all of us to get involved and to push this thing further,” he continued, referring obliquely to the Grammys’ delayed response to the rise of hip-hop and rap.

As Jay-Z’s Roc-A-Fella Records founding partner Biggs Burke told TIME, the evening was a dream come true. “I remember him as a young kid, and us dreaming to be at this point,” Burke said. “And now to see us here! But not only just being here, but still changing the culture.” 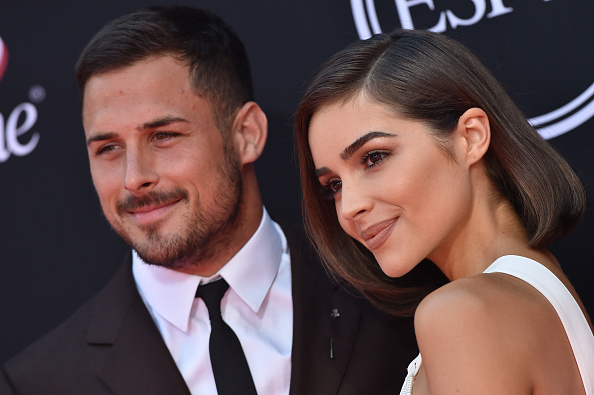 Introducing Your New Favorite NFL Power Couple Just in Time for the Super Bowl
Next Up: Editor's Pick