Rachael Denhollander, the first woman to publicly accuse disgraced USA Gymnastics team doctor Larry Nassar of sexual abuse, said that coming forward with her allegations cost her friends, her church and “every shred of privacy.”

In a New York Times op-ed published on Jan. 26, Denhollander wrote that “absolutely nothing could have prepared me for the pain of being the first to go public with my accusations.” The Indianapolis Star first reported allegations against Nassar made by Denhollander and an unnamed woman in September 2016. Denhollander, a former club gymnast, said that she began seeing Nassar when she was 15 after sustaining a back injury.

Since the story was published, over 150 women — including Olympians Aly Raisman, Simone Biles and McKayla Maroney — have said they were also abused by Nassar. On Jan. 24, Nassar was sentenced to between 40 and 175 years in prison.

In her op-ed, Denhollander, now an attorney, detailed how difficult it was to come forward. She said she sometimes avoided grocery stores so her children wouldn’t have to see her allegations on newspapers and was asked questions “about things no one should know when I least wanted to talk.”

“Yet all of it served as a reminder: These were the very cultural dynamics that had allowed Larry Nassar to remain in power,” she wrote. “I knew that the farthest I could run from my abuser, and the people that let him prey on children for decades, was to choose the opposite of what that man, and his enablers, had become. To choose to find and speak the truth, no matter what it cost.”

In order to protect other women, Denhollander said we need to hold institutions that enable abusers accountable and support and encourage victims to speak out.

“Fear of jeopardizing some overarching political, religious, financial or other ideology — or even just losing friends or status — leads to willful ignorance of what is right in front of our own eyes, in the shape and form of innocent and vulnerable children,” she wrote. “Ask yourself: How much is a child worth?” 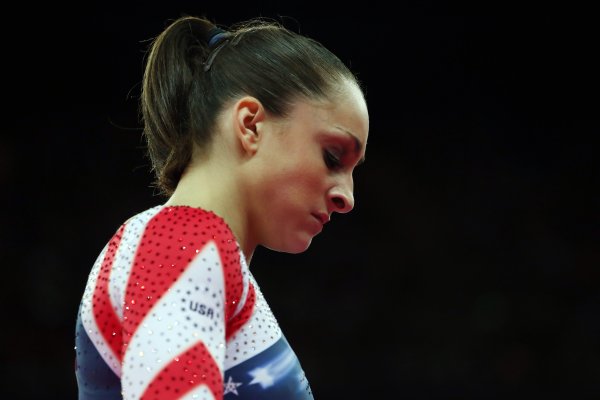 Olympic Gymnast Jordyn Wieber Says She Was Also Abused by Team Doctor
Next Up: Editor's Pick