These Bills Would Prevent Donald Trump From Firing Robert Mueller. They're Going Nowhere

After multiple news outlets reported that Trump ordered White House lawyer Don McGahn to fire Mueller, then just a month into his position, Democratic Sen. Richard Blumenthal of Connecticut called on the Senate Judiciary Committee to move forward on two bills that would make it harder to fire the special counsel.

Still, none of the four bills introduced to protect Mueller’s investigation have gotten very far or look likely to move forward soon.

Two bills have been introduced in the Senate, both bipartisan. Sponsored by Republican Sen. Thom Tillis and Democratic Sen. Chris Coons, the Special Counsel Integrity Act would only permit the firing of a special counsel in the event of “misconduct, dereliction of duty, incapacity, or conflict of interest.” Sponsored by Republican Sen. Lindsey Graham and Democratic Sen. Cory Booker, the Special Counsel Independence Protection Act that would require an extensive judicial process to do so.

Both have been in a holding pattern in the Senate Judiciary Committee for several months and have only a couple co-sponsors, indicators that they are not moving ahead any time soon.

“I don’t feel an urgent need to pass that law until you show me a reason that Mr. Mueller’s in jeopardy,” Graham told reporters in late October. “I don’t think anyone in their right mind at the White House would think about replacing Mr. Mueller.”

There are parallel bills in the House of Representatives, which have a little more support. One, introduced by Democratic Rep. Sheila Jackson Lee, has 31 cosponsors, all Democrats.

However, none of the bills have the support to pass in either chamber, both of which are controlled by Republicans. Meantime, GOP lawmakers in recent weeks have revved up attacks on the Mueller probe, decrying it as politically motivated. 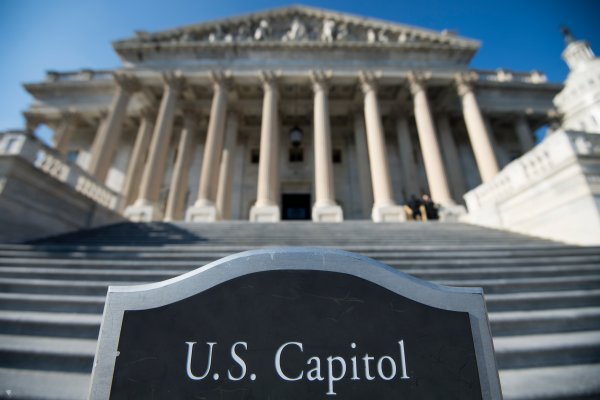 How to Stop Government Shutdowns
Next Up: Editor's Pick