This year’s severe flu season brought at least seven more pediatric deaths in the past week – bringing the total to 37 so far this season.

Baby Boomers, however, are among the hardest hit, with an unusually high rate of hospitalizations this year, according to CDC officials.

During a typical flu season, elderly adults see the highest rate of hospitalizations, followed by young children. But this year, Jernigan said, adults between the ages of 50 and 64 are occupying the second spot, perhaps because that population is seeing infections resulting from both the widely circulating, severe H3N2 virus, as well as the H1N1 virus.

Patients of all ages are reporting cases of the flu this year. Jernigan said the 2017-2018 flu season is on pace with the high severity season of 2014-2015, which resulted in approximately 34 million cases of influenza and some 710,000 hospitalizations. This year’s flu season is expected to yield similar numbers, Jernigan said.

Jernigan also said the pediatric death total, which is at 37 after the latest report, may account for as few as half of the actual number of fatalities, since more cases tend to be reported retroactively as causes of death are confirmed by medical examiners and coroners. More deaths are also likely to occur as flu season presses on.

“We anticipate that there will be more pediatric deaths this year,” Jernigan said, adding that total death rates are on the rise and projections are predicting an increase in deaths next week.

The 2017-2018 flu season has been responsible for the highest level of activity recorded since the 2009 H1N1 pandemic – commonly called “swine flu,” Jernigan said. The flu has resulted in school closures, overflowing hospitals, shortages of antiviral medications and near-daily accounts of complications leading to heartbreaking deaths. But while influenza activity remains high around the midpoint of the season, Jernigan said there is some evidence to suggest it’s beginning to wane in certain parts of the country. California, for example, is beginning to see cases decrease, though hospitalizations and deaths may continue to accumulate there.

The widespread H3N2 virus, which Jernigan said results in “more cases, more visits to the doctor, more hospitalizations and more deaths,” is likely to blame for the brutal flu season, just as it was last year and in 2014-2015. “Vaccines just don’t do that well against H3N2, so the immunity that was gathered last year may not be enough to prevent having another wave of H3N2 this year,” Jernigan said.

Nonetheless, the CDC is still recommending that those who have not yet been vaccinated seek out the flu shot. Those who may be sick with the flu should also stay home from school or work to reduce transmission. 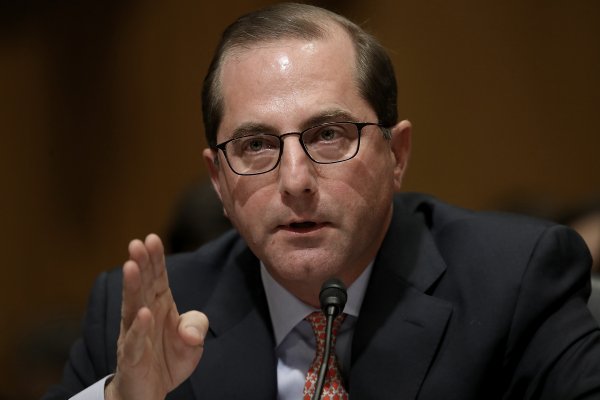 There’s a New Health Secretary. What Will He Mean for Women’s Health?
Next Up: Editor's Pick