You can always count on Budweiser to come through with the heartfelt Super Bowl ads.

Last year, it was a poignant immigrant story that created quite a buzz. This year, they’re eschewing the Clydesdales once more to give us a commercial about something that we may not associate with the heartland beer brand: water.

In the ad, we see a Budweiser employee get called up to head to the factory in the middle of the night after a natural disaster has hit. That’s because the Bud plant is bottling water to deliver as recovery and relief supplies. At the end of the day, we’re given a glimpse of his wife’s pride as she watches those same supplies get unloaded on TV.

In a year in which natural disasters have been plentiful, from the destruction of Hurricane Harvey in Florida to the southern California mudslides, it’s an especially timely nod to the experience of many Americans. According to Adweek, Budweiser has distributed 79 million cans of water to disaster relief over the past three decades, so they’re not just plugging a vanity program. And all the stars of the Super Bowl spot are actual employees of the company at their Georgia brewery.

The brand may have had a tough year in sales, but they do still know how to hit a resonant note in their marketing. 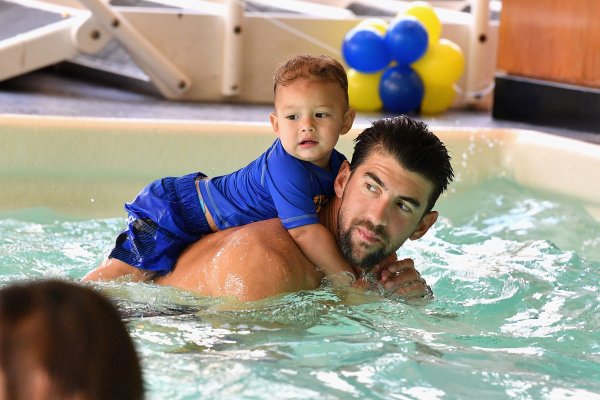 Michael Phelps Is Already Training Up His Son As a Swimmer
Next Up: Editor's Pick