Donald Trump's '15 New Friends': Here Are the Executives the President Dined With at Davos

After his speech at the World Economic Forum in Davos, Switzerland, Friday, President Donald Trump boasted he had made “15 new friends” during a dinner Thursday with the heads of some of the biggest multinational companies in the world.

“We had dinner last night with about 15 leaders of industry – none of whom I knew, but all of whom I’ve read about for years – and it was truly and an incredible group,” Trump told Klaus Schwab, the founder of the World Economic Forum. “And I think I have 15 new friends. So this has been really great what you’ve done and putting it together, the economic forum.”

The business leaders, who are all men, represent some of the largest companies in Europe, across multiple sectors of the economy – from financial services and telecommunications to sportswear.

Here is the list of dinner guests, according to Bloomberg: 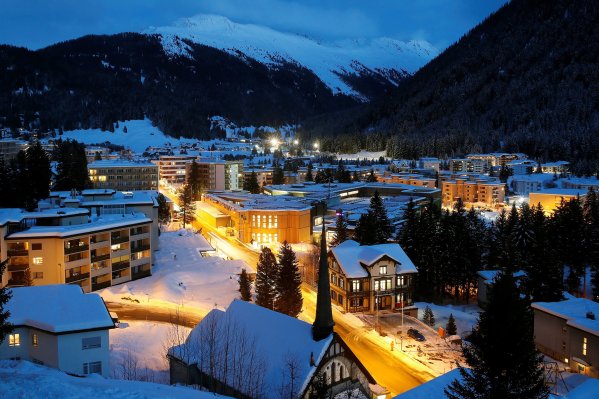 What the Global Elite Can Learn From Donald Trump
Next Up: Editor's Pick