A New Jersey man in desperate need of a kidney transplant got the lifesaving operation he needed after his plea for help went viral.

Rather than joining the waiting list for a kidney — which is some 80,000 names long and comes with up to a five-year wait, according to the Living Kidney Donors Network — Leibowitz took matters into his own hands.

During a family vacation to Disney World over the summer, Leibowitz wore a t-shirt for nine straight days that publicized his request, his blood type and his phone number, according to CBS. After a fellow vacationer posted a photo of the stunt on Facebook, calls began pouring in from across the country — and eventually, an Indiana man named Richie Sully was identified as a match.

On Thursday, Leibowitz underwent the life-saving surgery at New York Presbyterian Hospital with his new friend right by his side, according to PIX 11. A fundraising page to help Sully pay for his trip to NYC as well as his medical expenses has been set up.

“I keep saying, ‘Thank you,'” Liebowitz told PIX 11. “But you can’t put into words what he did for me, so I’ll have to figure out how to do the best I can for the rest of my life.” 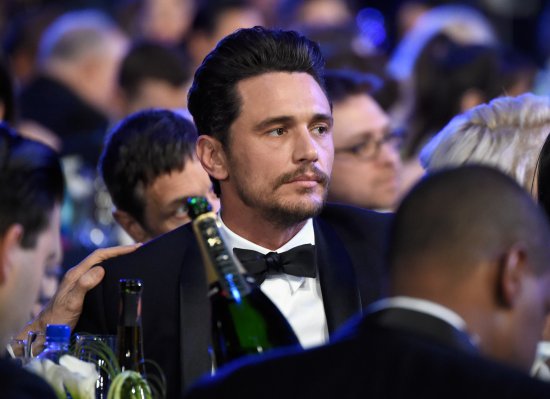 James Franco Off Vanity Fair After Misconduct Claims
Next Up: Editor's Pick