Coral reefs are under threat from billions of pieces of plastic.

Reefs that are clogged with plastic are 20-times more likely to be diseased than plastic-free corals, according to new research published in the peer-reviewed journal Science Friday.

For the groundbreaking study, scientists tested 124,000 corals from 159 reefs across the Asia Pacific region between 2011 and 2014. They determined that plastic fragments cut corals, choke them of light and oxygen, and provide a means for pathogens to invade. The spikier the coral species, the more likely it was to snag plastic.

While 89% of the plastic-draped corals the team studied were diseased, the same was true for only 4% of plastic-free reefs.

“Corals are animals just like me and you – they become wounded and then infected,” the study’s research leader Joleah Lamb told the Guardian. “Plastics are ideal vessels for microorganisms, with pits and pores, so it’s like cutting yourself with a really dirty knife.”

Read more: A Lobster Was Found With a ‘Pepsi Logo’ on Its Claw and People Are Wondering How it Got There

Besides exposing the relationship between plastics and disease in marine organisms, the Science study suggests some 11 billion pieces of plastic litter coral reefs across the Asia-Pacific region. The researchers estimate that the figure will increase 40% by 2025. Every year, 8 million metric ton of plastic end up in our oceans.

Coral reefs — sometimes called the rainforests of the sea — provide a home for around a quarter of all marine life, and are an important barrier against storms and typhoons. Besides plastics, coral ecosystems are under threat from climate change, overfishing, and sedimentation. 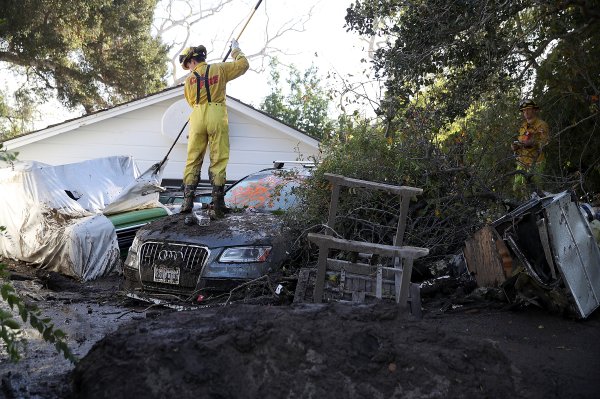 What Worries World Leaders Even More Than Nukes
Next Up: Editor's Pick