How the Judge in Larry Nassar's Case Undermined Justice

Ideas
By Anne E. Gowen
Gowen has practiced law for 17 years and has represented clients in New Jersey, Maryland and Massachusetts.

It was no surprise that the most memorable figures in the dramatic sentencing of former Olympic Doctor Larry Nassar were Nassar himself and the nearly 160 young women who delivered victim impact statements. More surprising were the headlines made by the judge, Rosemarie Aquilina, who after her blistering sentencing statement was variously described as a media master, an avenging angel and a social media sensation. She may be all those things, but her job description is “Judge,” and a case can be made that, with that same sentencing statement, she hurt the cause of justice.

I am an attorney appointed to represent indigent defendants appealing their criminal convictions and sentences. When I come to court, it is usually to address allegations of horrific crimes. One of my clients was alleged to have beaten his cocaine dealer to death, another to have violently robbed a blind man of his wallet and a third to have shot a man in the back as the man retreated from an argument. I come to court to insist that the judiciary respect the constitutional rights that protect us all, and in doing so, I have to be able to trust that judges will fairly and impartially apply the law.

At Wednesday’s sentencing hearing, Judge Aquilina betrayed that trust, or at least appeared to do so. In handing down Nassar’s punishment, she said, “Our Constitution does not allow for cruel and unusual punishment. If it did, I have to say, I might allow what he did to all of these beautiful souls — these young women in their childhood — I would allow someone or many people to do to him what he did to others.” Since this was impossible, she settled for announcing that it was her “honor and privilege” to sentence him to a term of forty to 175 years in prison, to be served after completion of his already-imposed 60-year term. As she accurately put it, she had “just signed [Nassar’s] death warrant.”

Observers of the victims’ powerful sentencing testimony here can be forgiven for having the most uncharitable of thoughts about Nassar, who was clearly a serial predator. But the judiciary is meant to be a civilized substitute for mob violence — not the embodiment of it. A sentencing decision tasks a judge with making specific legal determinations, such as whether a proposed sentence is proportionate to those imposed in similar cases or whether the sentence adequately accounts for mitigating and aggravating circumstances at play. None of this is an “honor and privilege.” It is a solemn responsibility. A judge who reframes the sentence she selects as a personal expression of disgust with the actions of the defendant and the defendant himself has changed the task she was assigned.

As Justice Robert D. Sack of the Second Circuit Court of Appeals has written, it is dangerous to condone sentencing proceedings based on a judge’s “visceral revulsion” to a defendant’s conduct; he writes that “when [judges] go beyond what is necessary to resolve this sort of case [a sentencing appeal], … we risk the appearance of explicitly or implicitly voicing our moral indignation rather than exercising our legal judgment, which is of course our only charge.” (A 2016 blog post by Marquette Law School Professor Michael O’Hear led me to Justice Sack’s discussion.)

It is hard to put into words exactly why substituting indignation for legal judgment is a bad thing. But I think it is because all of us who depend on the criminal justice system’s being fair — and in the end, that really is all of us — need to be able to rely on the judiciary’s administering justice consistently and predictably, based on laws rather than on judges’ emotional reactions to particular sets of facts. What if the girls and women here had not been the archetype of the innocent, admirable victim, but instead, say, drug addicts or prostitutes? Would a lighter sentence have been just, if the identity of the victims might have made their violation feel — at least to some judges — less shocking? And what if the judge assigned to the case had been someone with less capacity for empathetic revulsion than this judge, who identified with and “want[ed] to be the voice for these survivors“? A judge who views her decision as a reflection on herself — on her values, her moral fiber — leaves little room for consideration of mitigation or nuance.

Finally, there was Aquilina’s daydream about the possibility of Nassar’s being punished by multiple sexual assaults of the sort he committed. She framed that punishment as impossible because of our Constitution’s prohibition on cruel and unusual punishments, but of course, there is a very reasonable chance that in the decades that Nassar will likely spend in prison before his death, he will be sexually assaulted. This is the prison system that our country has chosen to tolerate. The judge is surely aware of that fact — and so her reference to prison rape can best be understood as a winking acknowledgement of the actual punishment that Nassar will likely face.

This is more than just unseemly: it also represents a warning to future defendants that the judiciary and vigilante justice are not as separate as one might have believed. I hope that Judge Aquilina’s brand of sentencing will remain an outlier. 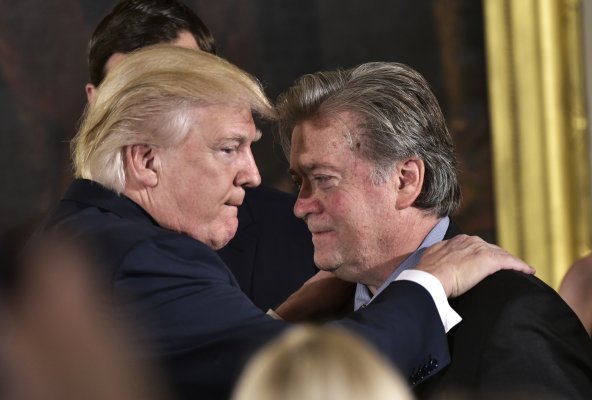 Spiro Agnew Lawyer: Everyone Has the Right to Criticize the President
Next Up: Editor's Pick