Accusations against David Copperfield surfaced just hours after he called for people to not quickly judge those accused as part of the #MeToo Movement.

The magician has been accused of drugging and sexually assaulting a 17-year-old model in 1988.

Late Wednesday, The Wrap reported Brittney Lewis was competing in a modeling contest with Copperfield as one of the judges when he invited her to one of his shows in California when she was still a minor. Lewis claimed Copperfield asked her grandmother, Patricia Burton, for permission to travel there.

In 2007, Copperfield was previously accused of sexual assault but the case was dropped.

His rep had no comment on the allegations, however, the illusionist released a lengthy pre-emptive statement just hours before the report was published.

Lewis told her best friend from high school, her husband, her ex-husband and Burton about the alleged incident, according to the outlet.

It was after a show that Lewis said she allegedly saw Copperfield pour something into her drink while the two were at a bar.

“I asked, ‘What are you doing?’ And he said, ‘Oh, I’m just sharing,’” Lewis said. Lewis said she took a few sips and blacked out.

“I remember my clothes being taken off,” she said. “He was kissing my face and then I remember him starting to go down my body with his face, and then, as soon as he started going down, I just completely blacked out.”

Lewis claimed she woke up the next morning and Copperfield said “nothing happened” as she “was underage”.

Copperfield allegedly made her write a letter saying she was okay after the incident allegedly took place.

On Wednesday prior to the report, Copperfield took to Twitter saying he supported the #metoo movement but asked people to imagine what it was like to be falsely accused of sexual misconduct.

The illusionist called the movement “crucial and long overdue” but then addressed how he felt when his world was “turned upside down” after being accused of rape.

“We all want people who feel they’ve been victims of sexual misconduct to be empowered, and as a rule we should listen, so more will feel comfortable coming forward. It’s important,” he wrote.

“But imagine what it’s like, believing in the movement, and having also been falsely accused publicly in the past. To have your life and your family’s life turned upside down.”

“I’ve lived with years of news reports about me being accused of fabricated, heinous acts, with few telling the story of the accuser getting arrested, and my innocence. Knowing that false accusers can negatively impact the believability of others and are a true disservice to those who have been victims of sexual misconduct, I didn’t draw attention to it.”

Copperfield finished his lengthy post by asking people not to be swift to judge.

“So while I weather another storm, I want the movement to continue to flourish. Always listen, and consider everything carefully, but please for everyone’s sake don’t rush to judgment.”

In 2007, Copperfield, 61, was accused by former Miss Washington USA, Lacey Carroll, of sexually assaulting her at his Bahamas home.

Carroll claimed she met Copperfield at a show in Kennewick, Wash., in January 2007, when he pulled her out of the audience. She complained that when she visited his island that summer, he attacked and sexually assaulted her and threatened to kill her, leaving her extremely traumatized.

Charges were never filed against Copperfield and Carroll was later arrested for allegedly falsely claiming another person assaulted her. 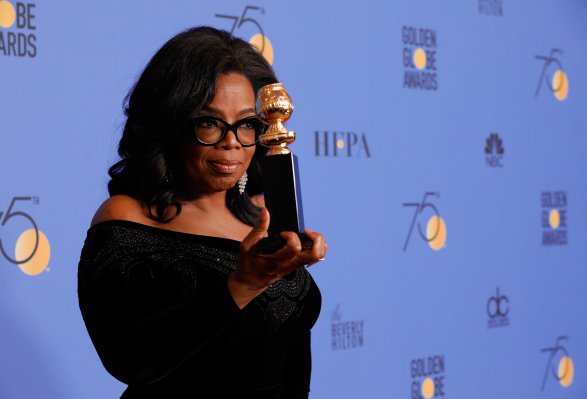 Oprah Shares What She Really Thinks About 2020
Next Up: Editor's Pick