The world moved closer to an existential catastrophe this year as the threat of nuclear warfare escalated, bringing the symbolic Doomsday Clock two minutes away from midnight, the Bulletin of the Atomic Scientists said Thursday.

The move of the Doomsday Clock to two minutes away from midnight, the symbolic time at which the planet meets a world-ending disaster, represents a 30-second jump from last year. It is the closest the planet has been to midnight since 1953 when the U.S. and the Soviet Union were testing hydrogen bombs.

“To call the world’s nuclear situation dire is to understate the danger and its immediacy,” said Rachel Bronson, president of Bulletin of the Atomic Scientists.

Scientists behind the report cited a long list of concerning geopolitical developments, many of which come back to President Donald Trump, as reason for the move: a halt in U.S. nuclear nonproliferation negotiations with Russia, Trump’s threat to decertify the Iran nuclear deal and escalating nuclear tensions between the U.S. and North Korea, often instigated by Trump on Twitter. At the same time, other countries like India and Pakistan have doubled down on their commitment to nuclear weapons.

Climate change also factored into their decision to move the clock closer to midnight, scientists said. Last year, a slew of extreme weather events linked to climate change— including Caribbean hurricanes, and extreme heat waves — incurred damage across the world. Meanwhile, the Trump Administration has worked to undo policies aimed at addressing the issue.

The scientists also listed a loss of public trust in media and science as a barrier to addressing the planet’s existential threats.

“Divorcing public policy from empirical reality endangers us all,” said physicist Lawrence Krauss, a member of the Bulletin of Atomic Scientists. “What we need is evidence based policymaking.” 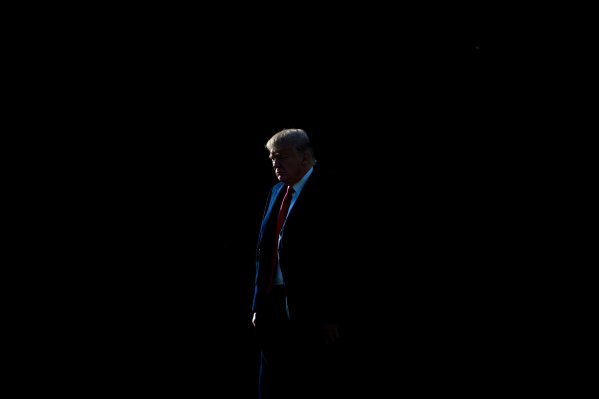