TV’s predominant format for investigative journalism has recently been the quasi-comedy bit: shows like HBO’s Last Week Tonight and TBS’s Full Frontal expose policy issues by making light of them. But a new Netflix series of documentaries, Dirty Money, is intended to raise your ire–and there’s nothing funny about it.

Director Alex Gibney (an Oscar winner for Taxi to the Dark Side) shows viewers how corporate interests have capitalized off rubes who look a lot like you or me–or him. In the first episode, Gibney discovers, after purchasing what he thought was an environmentally sound Volkswagen, that the auto company had intentionally deceived emissions testers. “F-ck Volkswagen!” he screams in the car.

For many investigative journalists in the current mode, the cursing out of a bad actor would be the end of the bit; for Gibney, gratifyingly, it comes at the very beginning, leading into a thorough look at the whole Volkswagen emissions story. Some Dirty Money stories are, like Volkswagen’s, familiar but worthily refreshed in the viewer’s mind; others, like a barn-burning look at predatory payday loans, feel wildly undercovered. It’s hardly breaking news that short-term unsecured-loan operations prey on the economically insecure, but the manner in which Gibney methodically takes apart one such operation–bolstered by recordings of operators dealing with customers who are realizing just how much of their money they have signed away–is rigorous and edifying.

What sort of response will this garner on Netflix? It’s hard to say. The audience is potentially there, but a series of documentaries about tough issues without a touch of humor is a hard sell in an ecosystem that also provides all of The Crown on demand. Dirty Money is the sort of tough investigative journalism that, for a big media company, represents more risk than upside. It’s worth rooting for, and watching. 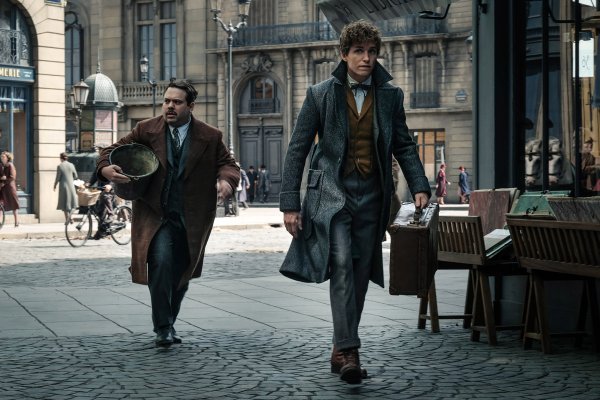 Of Course This Is the French Word for Muggle in the New Fantastic Beasts Movie
Next Up: Editor's Pick