In 1941, the founder of this magazine wrote “The American Century,” the most influential essay of his career, asserting that the U.S. should lead the world in the pursuit of freedom, growth and global well-being. Henry Luce’s thesis helped animate U.S. policy, for better and sometimes for worse, across a dozen presidencies. Countless books and essays assessed the American century, its impact and its durability.

That durability has never been more in question. The clash Luce described, between focusing inward and “a truly American internationalism,” is again center stage. And nowhere is it more so than at this Swiss ski resort, “the den of globalism,” as the Wall Street Journal put it the other day, where leaders from around the world gather annually to discuss shared challenges and schmooze. World Economic Forum (WEF) participants arriving at the Zurich airport were greeted by a video whose themes included the need for “a collective stewardship of the entire planet.”

Enter President Trump, whose successful campaign explicitly rejected the agenda of what Stephen Bannon called “the party of Davos.” Much of the discussion here revolved around the mere anticipation of, and some trepidation about, Trump’s arrival. It was no accident that Canadian leader Justin Trudeau, a darling of the WEF set, chose Davos to announce that the Trans-Pacific Partnership trade pact will come back to life in new form–without the U.S. A WEF official, asked earlier in January about Trump Administration messaging at Davos, noted that the organization is committed to dialogue and that sometimes dialogue is “uncomfortable.”

Davos is a place of contradictions. One photo making the rounds showed a sign announcing both a Day in the Life of a Refugee and Private Car Pick-up. Trump too is a person of contradictions, often seeming to crave the approval of the elites he ran against; he is bringing the largest U.S. delegation ever to arrive in Davos. And despite his isolationist rhetoric and moves like withdrawing from the Paris Agreement, he has significantly boosted troops to Afghanistan, enforced the red line in Syria (which Barack Obama didn’t) and committed to sending large shipments of lethal weapons to Ukraine (which Obama didn’t). How Trump squares his vision of “America first” with that complicated global landscape will have immense implications for the next century. 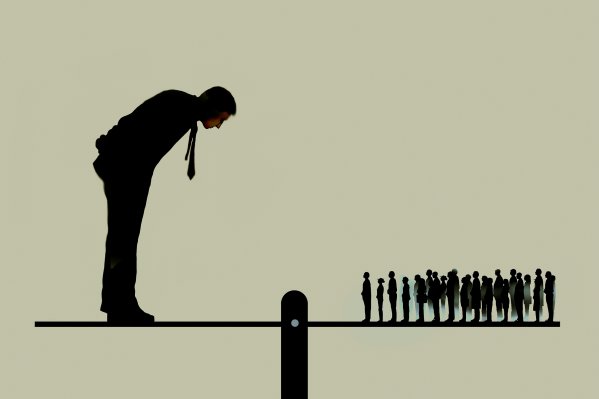 How Diversity Training Infuriates Men and Fails Women
Next Up: Editor's Pick