Greece and Macedonia Are Fighting Over Who Gets to Use the Name ‘Macedonia’. Here’s Why

The disagreement started nearly 30 years ago, when the former Yugoslav republic declared independence and chose its name. Opponents say it implies a territorial claim over Greece’s northern region, which is also called Macedonia.

The issue led Greece to block its neighbor’s attempts to join NATO and the E.U. In 1994, Greece instituted a crippling trade embargo, which was lifted in 1995 after FYROM conceded to amend its constitution and change its national flag.

Both governments hope to come to a solution during U.N.-moderated talks, which started in January. They hope to reach an accord by June, but a recent poll showed that the majority of Greeks do not want “Macedonia” used in any solution. 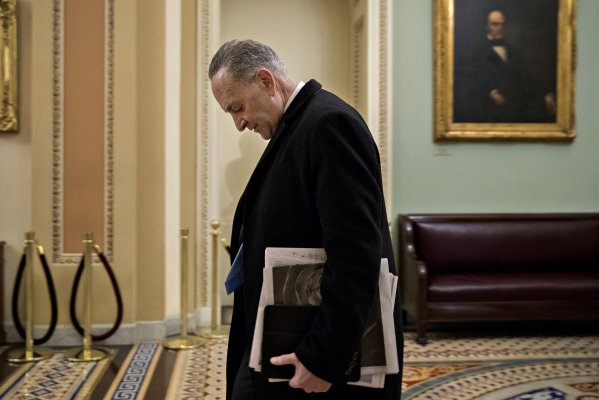 Democrats Face Backlash From Base After Caving on Immigration
Next Up: Editor's Pick