Joel Taylor of Discovery Channel's 'Storm Chasers' Is Dead at 38. Here's What We Know

Joel Taylor, star of the Discovery Channel series Storm Chasers, is dead at 38.

Several of his friends and colleagues on Tuesday confirmed his death.

“We can confirm that Joel Taylor has passed away while on a cruise,” funeral director Richard Duggar II said in a statement on behalf of Taylor’s family, according to CNN. “The cause of the death has not yet been determined. We ask for your understanding during this difficult time and your respect for the family while they deal with the loss of their son.”

Reed Timmer, an AccuWeather meteorologist as well as friend and colleague of Taylor, paid tribute to him in a tweet Tuesday. “RIP my best friend and storm chasing partner, Joel Taylor,” Timmer wrote. “I am shocked and absolutely devastated by the loss of my incredible, caring friend. We chased so many intense storms, and I wish we could have just one more storm chase. I’ll miss you forever, Joel. We lost a legend.”

Taylor’s cause of death and which cruise ship he was on remain unclear. Owen Torres, a spokesman for Royal Caribbean Cruises, confirmed to TIME that a “38-year-old male guest” died while onboard the Harmony of the Seas ship.”

“On January 23, 2018, the guest was found unresponsive in his cabin,” Torres said. “As is our standard procedure, law enforcement was notified and responded to the ship when it arrived in San Juan, Puerto Rico, on Tuesday, January 23.”

Ricardo Castrodad, a public affairs officer for the Coast Guard’s San Juan sector, confirmed to TIME that Royal Caribbean contacted the Coast Guard about a death aboard the Harmony of the Seas, and that an investigation into the matter has been opened by the Coast Guard. 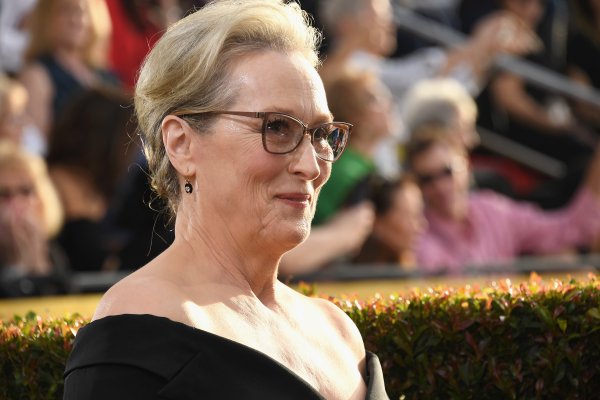 Meryl Streep Is Joining the Cast of Big Little Lies
Next Up: Editor's Pick