Herbal Supplements May Be Dangerous When You Take Certain Prescription Drugs

A number of common herbal supplements, including green tea and Ginkgo biloba, can interact with prescription medications, according to a new research review published in the British Journal of Clinical Pharmacology. These interactions can make drugs less effective—and may even be dangerous or deadly.

Doctors know that herbs can affect medication regimens, wrote the researchers, from the South African Medical Research Council, in their new paper. But because people often don’t disclose to their healthcare providers what over-the-counter drugs and supplements they’re taking, it’s difficult for scientists to keep track of which drug and supplement combinations should be avoided.

The new review analyzed 49 case reports of adverse drug reactions, along with two observational studies. Most people in the analysis were being treated for heart disease, cancer or kidney transplants, and were taking warfarin, statins, chemotherapy drugs or immunosuppressants. Some also had depression, anxiety or neurological disorders, and were being treated with antidepressant, antipsychotic or anticonvulsant medications.

In one case report, a patient who took statins complained of intense leg cramps and pain—a commonly reported side effect—after drinking three cups of green tea a day. The reaction was attributed to green tea’s effects on statin levels in the blood, the researchers wrote, although they say more research is needed to rule out other possible causes.

In another report, a patient died after having a seizure while swimming, even though he was regularly taking anticonvulsant drugs for his condition. His autopsy, however, showed decreased levels of those drugs in his blood, likely due to the way Ginkgo biloba supplements—which he’d also been taking regularly—had affected their metabolism.

Taking herbal supplements has also been associated with worsening depression symptoms in people taking antidepressants, the authors wrote in their paper, and with organ rejection in those who had received kidney, heart or liver transplants. For cancer patients, chemotherapy drugs have been shown to interact with herbal supplements including ginseng, echinacea and chokeberry juice.

The authors say that more studies in the laboratory—and more thorough observations of real people—are needed to provide stronger evidence about specific herb-drug interactions. “This approach will inform drug regulatory agencies and pharmaceutical companies about the need to update information in package inserts of medicines to avoid untoward adverse effects, based on available data,” they write.

It also serves as a reminder that patients should always disclose any medicines or supplements they’re taking—even products marketed as natural or herbal—to their doctors and pharmacists, especially when they’re prescribed a new drug. 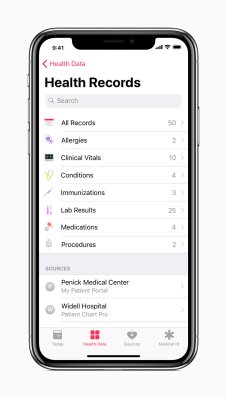 Apple Is Making It Way Easier to Access Your Medical Records on Your iPhone
Next Up: Editor's Pick