Police were called to a Taco Bell in Spartanburg, South Carolina on Monday after an employee beaned his boss with a flying burrito.

The man was allegedly upset about his work schedule and was arguing with several co-workers, according to WYFF. What may have sent him over the edge, though, was when his supervisor told him to “stop being a crybaby” about having to work the morning shift.

Instead of sulking over the slight, the employee opted to think outside the bun and chucked a cheese-filled burrito at his boss’s head. A police report says the supervisor had turned away when “melted cheese splattered on the employee’s arm and side” and “made a mess in the kitchen.” No word on whether the projectile was a Burrito Supreme, Seven-Layer Burrito, or standard issue Bean Burrito and if there were any injuries.

Instead of sparking an Animal House style food fight, throwing the burrito was just the start of the employee’s reaction. According to police reports, he took off his headset, broke it on his knee, and “stormed out” of the Taco Bell, most likely dreaming to live mas, like the chain’s slogan.

It’s unclear whether the employee made a run for the border, but so far no arrests have been made, however police are investigating the incident.

This is not the first time that a sandwich has been used as a weapon. Back in 2012, a Nebraska man was arrested for assaulting his wife with a sandwich. 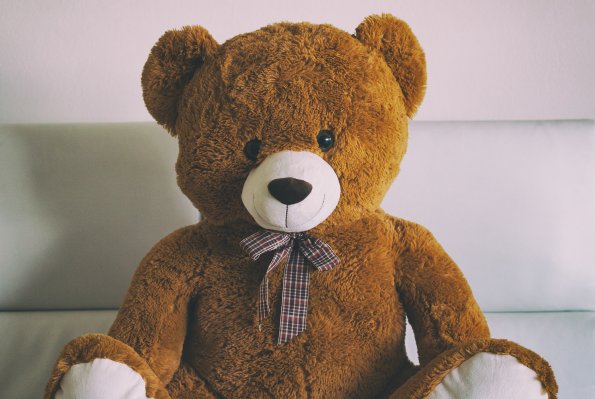 Here Are the High-Quality Internet Reactions to a Massive Air Borne Drone Teddy Bear
Next Up: Editor's Pick