It has now been a little more than a year since President Donald Trump, on his first full day in office, reinstated the Mexico City Policy, also known as the “Global Gag Rule,” and a picture of its impact is beginning to emerge. The law prohibits allocation of U.S. funding to foreign non-governmental organizations that offer abortion services or information about the procedure. While the measure has been on and off the books for decades, typically enacted by Republican administrations and repealed by Democrats, its scope has expanded under Trump, which healthcare workers say has had a big impact on communities and care providers around the world.

In just one year, health care workers say the policy has had disastrous effect; as expected, clinics are shutting down, unsafe abortions are predicted to rise sharply and families are losing critical services across the globe. While no death count has been directly linked to the policy, providers do have estimates of how many life-saving procedures could have been offered by the funding they are now denied, and the numbers are in some cases staggering.

What is the ‘Global Gag Rule’?

The Mexico City Policy, first enacted in 1984, prohibits U.S. federal funding to NGOs that provide abortion counseling, services or referrals, and any that advocate for decriminalization, even if those activities are wholly detached from U.S. funds. It requires foreign NGOs to pledge that they will not perform or inform patients about abortions. (Some exceptions may be made in cases of rape or incest.) The policy applies to some $8.8 billion in federal funding given toward global health assistance. It formerly applied only to family planning assistance provided through the State Department and the U.S. Administration for International Development (USAID), but Trump’s new provisions expand its application to all global health assistance. The U.S. is the world’s largest provider of such aid.

What kind of impact has it had over the past year?

Not good, especially for women in the developing world. As has happened each time the policy was put back into effect, the diversion of aid has shuttered clinics servicing some of the world’s most vulnerable communities. Closures have been particularly devastating in parts of Africa where clinics run by non-governmental organizations are the primary source of women’s health care. Many of these centers offer HIV/AIDS prevention and treatment, maternal health, and counseling on sexual violence like rape and female genital mutilation. “Women are basically stranded,” Amos Simpano, the director of clinical services for Family Health Options Kenya, told the Associated Press.

Read more: The Connection Between the Global Gag Rule and Extremism

The International Planned Parenthood Federation, which operates in more than 150 countries, faces setbacks not only in family planning but also in HIV/AIDS and Tuberculosis services for both men and women. IPPF says that for $100 million in lost funding, the organization could have prevented 20,000 maternal deaths in 29 countries affected by the ban. Marie Stopes International, a London-based abortion and contraception provider that operates in 37 countries, estimates that more than 2 million women it serves will lose their access to contraception. This could lead to a further 6,900 maternal deaths. Just those two organizations’ loss in funding could lead to a combined total of about 7.5 million unwanted pregnancies and 2.5 million unsafe abortions.

What do health advocates say?

Those estimates could be the tip of the iceberg. Health providers in Kenya, which is particularly dependent on foreign aid to combat HIV/AIDS and provide reproductive services, have called the measure a “death sentence.” Others claim the policy holds life-saving aid hostage to ideology. Development actors have warned that endangering women’s health and reducing family planning services risks broader instability and economic hardship that will only exacerbate the need for long-term assistance in some of the world’s poorest places.

“Evidence shows that by blocking funding to the world’s largest NGO providers of modern contraception, unintended pregnancies and abortions go up,” Marjorie Newman-Williams, vice-president of Marie Stopes International, said in a statement. “As a result, women and girls are less likely to complete their education, have a career, or pursue their dreams for the future.” 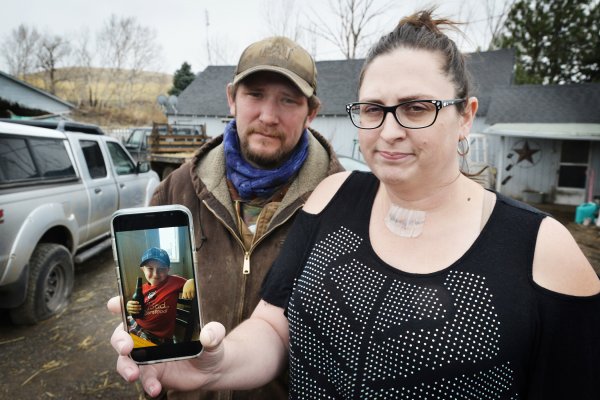 8-Year-Old Boy Dies From Flesh-Eating Bacteria
Next Up: Editor's Pick