You Asked: Why Do Certain Songs Get Stuck in Your Head?

These are commonly known as earworm songs—those sticky tunes that continue to play in your head long after you wish you could skip to the next track. Experts call them “involuntary musical imagery.” And more than 90% of adults report hearing them on a weekly (if not daily) basis, finds a recent study in the journal Psychology of Music. While there’s a huge amount of person-to-person variation when it comes to these songs, they hang around for an average of 30 minutes, and they tend to be tunes with lyrics, not just instrumentation.

Fortunately, most people report earworm songs as benign or pleasant. But others find them annoying or even maddening. “Some people are plagued by them to the point that it interferes with life,” says Elizabeth Hellmuth Margulis, a professor and director of the Music Cognition Lab at the University of Arkansas who has studied the ways people get songs stuck in their heads.

Margulis says earworm songs tend to have some predictable characteristics. For one thing, they tend to be small snippets of a song—not the whole track. “It’s usually just a bit of the melody,” she says. The songs you’ve heard recently are also the most likely to get lodged in your cranium, she says.

But when it comes to earworm songs and other types of involuntary semantic memories—the slogans, sayings, movie clips and other ephemera that ping pong through your brain without your say-so—odd and unpredictable stimuli can start a track playing in your head.

“I was taking my kid to the doctor, and at the doctor’s office there was a big poster that had a dude in it that I thought looked like Gaston from Beauty and the Beast,” Margulis recalls. “A couple minutes passed, and I realized I couldn’t get ‘Be Our Guest’ out of my head”—even though she hadn’t thought of the tune in years.

In that instance, she was able to identify her earworm’s trigger: the Gaston-looking dude in the poster. “But the connections can be really oblique,” she says. For example, you may find the song “Thriller” has popped into your head. But you may not realize you walked past a man on the street who had a hairdo that reminded you of Michael Jackson.

MORE: You Asked: Will Earbuds Ruin My Hearing?

Although their provenance is often mysterious, earworm songs have some common traits. “Earworm songs tend to be faster in tempo, or more upbeat, and make use of more predictable melodic contours,” says Kelly Jakubowski, a music researcher at Durham University in the U.K., who has studied earworm songs. Along with their predictable melodies, they also tend to contain an unexpected little shift in pitch or tempo that your brain finds memorable, she says.

But while experts are starting to understand the common characteristics of earworm songs, they’re less clear on why these songs stick in our heads in the first place.

Margulis points out that, in all of human history, recorded music is a very new phenomenon. She says some have speculated that earworm songs are also new—the unintended consequence of being able to hear the same song played the same way over and over again.

Earworm songs may also play a role in memory. In one of his studies on earworm songs, Lassi Liikkanen of Finland’s Helsinki Institute for Information Technology theorizes that the involuntary bits and bobs that pop into our heads may be mnemonic devices, or memory aids. There’s also research showing that music can help improve memory among people with multiple sclerosis, and a large body of evidence suggests our minds use association to both store and retrieve memories.

On the other hand, more research has shown that people with neurotic or obsessive-compulsive traits tend to experience earworm songs more frequently, and the songs tend to stick around longer.

For now, like so much else having to do with the brain and memory, the overarching explanation for why human beings experience earworm songs remains a mystery. But there are some well-established ways to rid yourself of these perturbing bits of musical fluff.

“Finding a mentally demanding task and putting your mind on it usually shifts attention away from internal music,” Liikkanen says. Margulis agrees. “People tend to get earworms when performing tasks that don’t require their full attention—stuff like doing the dishes,” she says.

Chewing gum can also help. “When a song is stuck in our heads, it’s almost like we’re singing along with it,” she says. “If you make your mouth do something else”—chewing gum, eating a meal or talking with a friend—“that can kick out the earworm.”

You could also confront your enemy. By listening to the full track that includes the passage stuck in your head, Jakubowski says, you may find “closure” and relief. 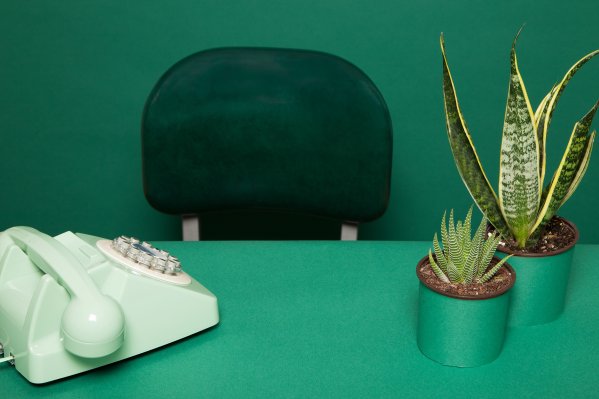 Can Indoor Plants Really Purify the Air?
Next Up: Editor's Pick