In what may be the quintessential symbol of Philadelphia Eagles fans’ zeal for their team, the fan whose efforts to rally fellow subway passengers for a playoff game ended with him running face first into a concrete pole, now says he’s doing fine.

The cure for his pain? The Eagles’ 38-7 victory over the Minnesota Vikings in the NFC Championship game Sunday night, sending the team to the Super Bowl for only the third time ever.

Jigar Desai had thrown back a few drinks before heading to the football game on Sunday night. He was excited for the Eagles and wanted to get his fellow fans excited, too. To rally support for his team, he ran alongside a subway train filled with Eagles’ supporters urging them to cut loose with a cheer or two for the team. In his overwhelming enthusiasm failed to notice that he was headed straight for a concrete pole. The video of the incident quickly went viral, but Desai seemingly has no regrets.

“Yeah, I hit the pole, but the passion is there,” he told the Associated Press. “It reflects the passion of the entire city. We are good fans.” Per the AP, other good Eagles fans threw beers at Vikings fans, climbed light poles that the city had preemptively and optimistically greased with Crisco to prevent climbing, and punched a police horse. “I’m not throwing bottles or punching horses,” Desai said. “It was just running into a pole.”

The Eagles will face reigning champions the Patriots in the Super Bowl on Feb. 4. 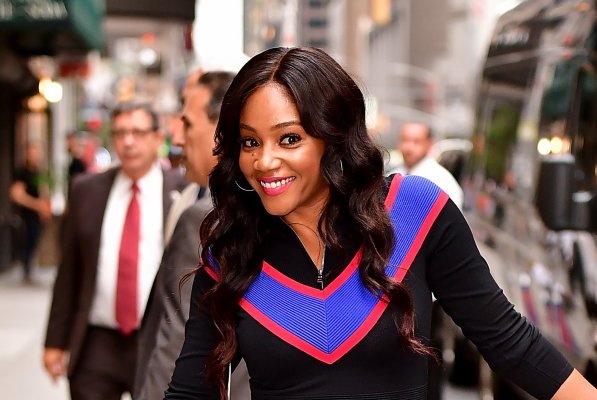 The Internet Basically Wants Tiffany Haddish to Get an Academy Award for Announcing the Oscar Nominations
Next Up: Editor's Pick