A group of New Mexico elementary school students got more than a sugar high after one fifth-grade student mistakenly shared a box of medical marijuana edibles at school.

A 9-year-old girl came to school with what looked like typical gummy candies, but were actually edibles laced with THC, one of the psychoactive chemicals found in cannabis, according to Ebubekir Orsun, the principal at the Albuquerque School of Excellence.

Officials at the school only learned of the mix-up, which happened earlier this month, after the student went to the school nurse feeling sick and complaining of dizziness.

Kristi Del Curto, the school’s dean of elementary students, told the Albuquerque Journal reports that officials took the labeled package out of the trash, “and as soon as we looked at it, we said, ‘Nope, that is not candy.’”

The candies reportedly belonged to the student’s grandfather. Neither she, nor the three other students who ate them, had lasting symptoms, though some of the students did get “giggly,” according to the Journal.

School representatives posted a reminder for students and parents on Facebook last Thursday.

“We would like our community to be alert with drugs and any edibles that may or could be in different formats,” the post reads. “We kindly ask our parents and community members not to talk explicitly about drugs/medicine when students are present (unintentionally to tempt or encourage students to use drugs).”

With medical marijuana now permitted in 29 states, including New Mexico, and recreational marijuana legal in an additional eight, a number of public health officials have voiced concerns about children accidentally ingesting edibles, particularly those packaged as kid-friendly treats such as candy, brownies and cookies.

The Colorado Department of Public Health and Environment argued that edibles put young children at risk of accidental poisoning, and noted that calls to poison control centers and visits to Colorado pediatric hospitals related to marijuana poisoning increased after medical marijuana became readily available. “These findings suggest that greater availability of marijuana, particularly in edible products, can increase risks to young children,” they wrote in a 2015 perspective piece published in the New England Journal of Medicine. 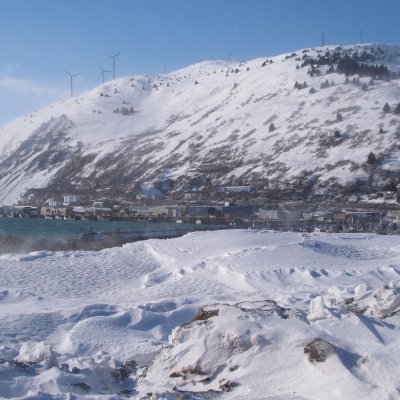 The Government Shutdown Made it Harder for Officials to Warn People About a Potentially Devastating Tsunami
Next Up: Editor's Pick