British beauty blogger Amena Khan says she’s stepping down from a L’Oreal ad campaign after tweets she wrote in 2014 were criticized as “anti-Israel,” the BBC reports.

“With deep regret, I’ve decided to step down from this campaign because the current conversations surrounding it detract from the positive and inclusive sentiment it set out to deliver,” Khan wrote in an Instagram post.

Khan was accused of expressing “anti-Israel” sentiments in Tweets from 2014. Khan wrote in her post that she had deleted the tweets because “they do not represent the message of harmony that I stand for.” She apologized for “upset and hurt that they have caused.”

Just last week, Khan excitedly announced her role in the “game-changing” campaign, where she would have been the first woman in a hijab to participate in a mainstream hair care advertisement.

“It’s a platform for diverse voices and women who don’t fit the very narrow mold of beauty,” she told the BBC.

“We have recently been made aware of a series of tweets posted in 2014 by Amena Kahn, who was featured in a U.K. advertising campaign,” L’Oreal Paris spokesperson told the BBC.

“We appreciate that Amena has since apologized for the content of these tweets and the offense they have caused. L’Oreal Paris is committed to tolerance and respect towards all people. We agree with her decision to step down from the campaign.” 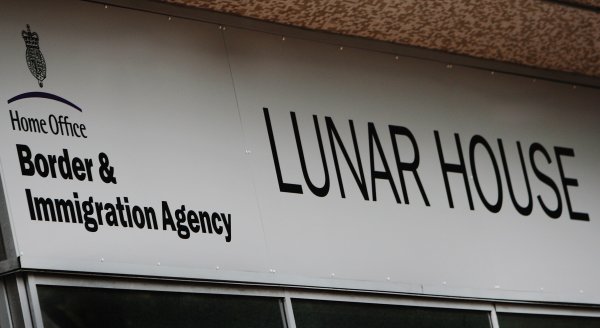 Man Denied U.K. Asylum for Poor Knowledge of Philosophy
Next Up: Editor's Pick