Actor Idris Elba speaks to the media at the premiere of "The Mountain Between Us" during the 2017 Toronto International Film Festival at Roy Thomson Hall on September 10, 2017 in Toronto, Canada.
J. Countess—WireImage
By Raisa Bruner

Idris Elba has long been a fan favorite to take over as 007. But in a new interview, Elba gracefully suggested that he’s not the right man for the James Bond job — because it might be time for a woman to step into the beloved role.

Elba, who has been dogged with Bond rumors for years, has categorically denied that his future lies with downing shaken martinis and taking covert meetings with M. In the meantime, potential women Bonds will have some time to prepare for the audition process, as Daniel Craig still has one more sequel to make for the storied franchise, marking the 25th installment and expected out in 2019. He followed Pierce Brosnan, Sean Connery, Roger Moore and more in taking on the titular role.

Perhaps this year’s much-anticipated Ocean’s 8 will help pave the way for the female-driven spy thriller. After all, 2017 was dominated by women in blockbuster roles; Bond’s makers might be very ready to consider a new path by the time 2020 rolls around. 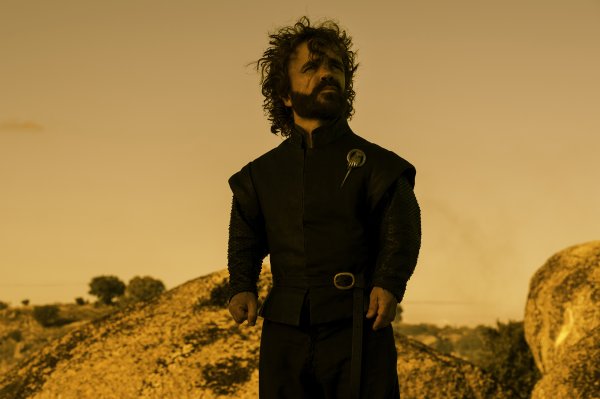 Tyrion Lannister Talking About the End of Game of Thrones Will Break Your Heart
Next Up: Editor's Pick