After scoring the winning goal in the U.S. women’s national soccer team’s victory over Denmark on Sunday, Julie Ertz got some good news about her husband’s Super Bowl chances.

As she walked off the field, the star defender was told by teammates that her hubby, Philadelphia tight end Zach Ertz, is headed to the upcoming championship game along with the rest of the Eagles. “Are they really going?” she asked, bursting into tears. “Oh my god. They’re going! They’re going!”

Shortly afterwards, Zach was shown the video of his wife’s reaction in the Eagles’ locker room, prompting some tears of his own. “Oh, man. That’s emotional for me,” he said. “I wish she was here, obviously. It’s tough not having her here, but I can’t wait for her to get home and celebrate with us.”

The 2018 Super Bowl will mark the Eagles’ first appearance in the game since 2004, when they lost to the New England Patriots. Philadelphia will again go head to head with New England on Feb. 4.

Watch the Ertz’ emotional reactions below. 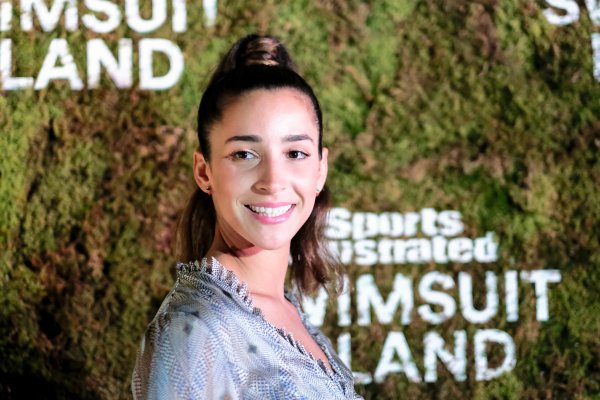 'It's Your Turn to Listen to Me.' Read Aly Raisman's Testimony at Larry Nassar's Sentencing
Next Up: Editor's Pick