A neighbor who allegedly attacked Kentucky Sen. Rand Paul over a lawn care dispute will plead guilty after being charged with assaulting a member of Congress, a felony offense.

Rene Boucher, 58, has signed a plea deal, but no date has been set for taking his guilty plea, according to an announcement from the U.S. Attorney’s Office for the Southern District of Indiana.

Paul was mowing the lawn of his Kentucky home in November while wearing headphones when Boucher apparently witnessed him stacking brush into a pile near his property. Boucher had “had enough,” according to the release, and rushed onto Paul’s property, where he tackled him from behind. The attack left the 55-year-old senator with multiple fractured ribs, according to the U.S. Attorney’s Office, and he later contracted pneumonia.

“Assaulting a member of Congress is an offense we take very seriously,” Joshua Minkler, the U.S. Attorney for the Southern District of Indiana, said in the statement. “Those who choose to commit such an act will be held accountable.”

Boucher had previously admitted to the attack, but said it was not politically motivated, according to the release. He could face up to a decade in prison and a $250,000 fine. 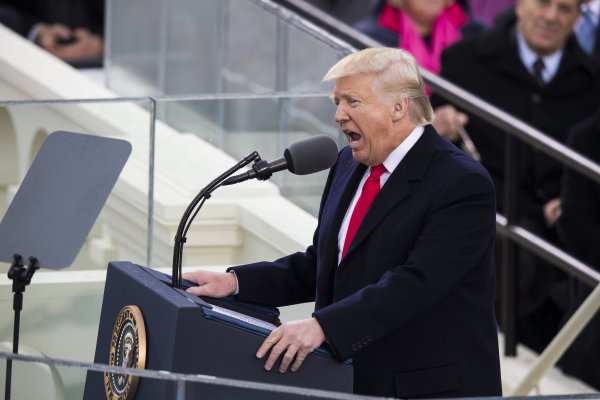 President Trump Calls Government Shutdown an Anniversary 'Present' From the Democrats
Next Up: Editor's Pick