The Michigan State University Board of Trustees said Friday that it would not remove university President Lou Anna Simon, who has faced calls to resign amid findings of abuse by former university sports doctor Larry Nassar.

Nassar, who was also a longtime physician for USA Gymnastics, has been accused of sexual abuse by hundreds of athletes and was arrested in December 2016 on child pornography charges. The Detroit Free Press reported Thursday that several university administrators, including Simon, had known about accusations of sexual misconduct against Nassar before his arrest.

In response, Michigan State University student government leaders sent a letter to the board of trustees calling for change in university leadership. “Students can no longer place faith and trust in the current leadership of our administration,” they wrote, according to the Free Press. State lawmakers also called on Simon to resign.

But the board voiced its support for Simon on Friday, while also asking the Michigan attorney general to investigate whether school officials had ignored complaints against Nassar. “We continue to believe President Simon is the right leader for the university and she has our support,” the board said in a statement, the Free Press reported.

“Through this terrible situation, the university has been perceived as tone deaf, unresponsive and insensitive to the victims,” the board said. “We understand the public’s faith has been shaken. The Board has listened and heard the victims.”

While the Michigan State board met on Friday, Olympic gymnast Aly Raisman confronted Nassar in court with a powerful statement. She and many of the athletes who testified in court this week accused USA Gymnastics and Michigan State of enabling Nassar’s abuse.

“I continue to appreciate the confidence of the Board and the many people who have reached out to me, and to them, who have the best interested of MSU at heart,” Simon said in a statement Friday, according to the Free Press. “I have always done my best to lead MSU and I will continue to do so today and tomorrow.” 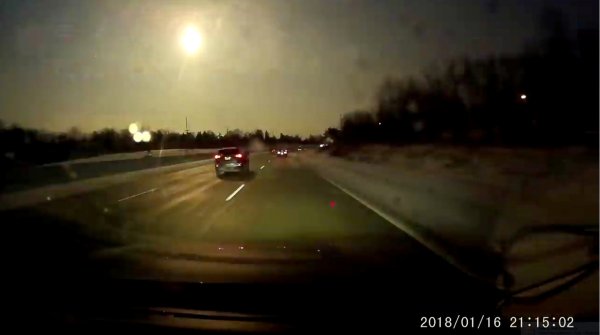 A 'Natural Meteor Fireball' Just Exploded Over Michigan
Next Up: Editor's Pick