A daily sushi habit caught up with a California man in a big way, according to one doctor’s story on the medical podcast This Won’t Hurt a Bit.

A patient at Fresno’s Community Regional Medical Center recently came to Dr. Kenny Banh, an emergency medicine doctor, complaining of bloody diarrhea and asking to be treated for tapeworms, Banh recalled on the latest episode of the podcast. Banh said he was skeptical of the man’s self-diagnosis — until he produced some startling evidence.

“Next to him, he’s got this little grocery bag,” Banh recounted on the podcast. “I open it up, and I take out a toilet paper roll, just that little brown center piece. Wrapped around it is, of course, this giant, long — what looks like a flat tapeworm, just sitting in there. I was like, ‘That came out of your bottom?’ He was like, ‘Yes, that came out of my bottom.'”

Banh continued examining the patient and learned that the man had been experiencing cramping, abdominal pain and bloody diarrhea. Then, while on the toilet, he looked down and saw what he thought was a piece of intestine dangling from his body, Banh said. “He is scared to death that he’s got something terrible,” Banh said. “He’s like, ‘Oh my goodness, my guts are coming out from me.'”

But when the patient began pulling out what looked like intestine, it started to move. It dawned on the man that he actually had a giant worm. He continued to pull, and eventually wrapped the entire parasite around the toilet paper roll. When Banh laid it out on the floor of the emergency department, he said, it measured five feet, six inches long.

Banh treated the patient with deworming medication and quizzed him about lifestyle or travel habits that could have led to the diagnosis. Eventually, the patient mentioned his near-daily salmon sashimi habit, which Banh said was likely to blame for the monster worm — especially given that a study released by the CDC last winter warns about tapeworm larvae found in North American salmon.

Per FDA regulations, raw fish must be flash-frozen before consumption to kill off parasites, including tapeworms. But when fish isn’t frozen for long enough, or if it doesn’t reach low enough temperatures, some parasites can survive and find their way into people’s bodies, Banh explained.

If you want to be on the safe side, you can always eat your salmon cooked. ” Cooked salmon is not a problem,” he said, “if it’s properly cooked.” 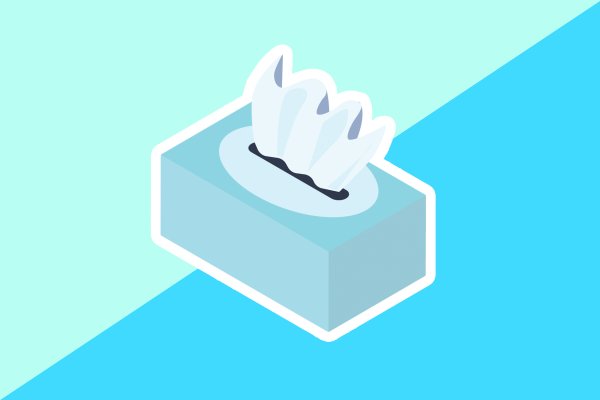 Just Breathing May Be Enough to Spread the Flu
Next Up: Editor's Pick