The U.S. Is Holding Back a Further $45 Million in Aid for Palestine

The U.S. State Department said Thursday that it would not presently deliver on a December pledge to provide $45 million in food aid to a United Nations emergency appeal for Gaza and the West Bank.

State Department Comptroller Eric Hembree had originally told the U.N.Relief and Works Agency (UNRWA), in a letter dated Dec. 15, that the U.S. planned “to make this funding available to UNRWA in early 2018,” Reuters reports.

Thursday’s renouncement of the pledge comes two days after the State Department said it would withhold $65 million in funding — or about half of its usual aid allotment — from Palestinian refugee programs pending U.N reform.

Read more: The U.S. Has Cut Half of Its Aid to Palestinian Refugees Pending U.N. Reform

At a State Department briefing, spokeswoman Heather Nauert said withholding the $65 million was not retaliation against Palestinian criticisms of U.S. President Donald Trump’s decision to recognize Jerusalem as Israel’s capital. She reiterated the Trump administration’s view that the UNRWA was in need of reform, and said that other countries shoulder more of its costs.

The cancellation of the Dec. 15 pledge, Nauert said, was also not an indication of future policy. 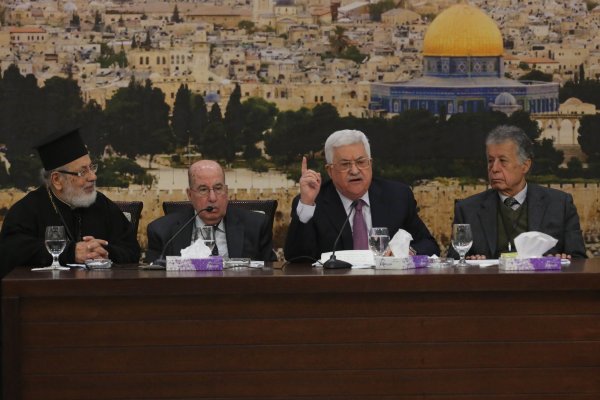 Abbas Urged to Reject Recognition of Israel
Next Up: Editor's Pick