New Zealand’s new Prime Minister Jacinda Ardern announced Friday that she and her partner Clarke Gayford are expecting their first child in June.

“And we thought 2017 was a big year! Clarke and I are really excited that in June our team will expand from two to three, and that we’ll be joining the many parents out there who wear two hats,” Ardern said on Facebook.

“I’ll be Prime Minister AND a mum, and Clarke will be ‘first man of fishing’ and stay at home dad,” her post added.

Ardern said during a press conference in Auckland that she learned of her pregnancy in October, six days before she became Prime Minister-elect.

“As many couples do in the early stages, we kept it to ourselves,” she said.

The 37-year-old Labour Party Leader added that she considers the news lucky. “We wanted to be parents but had been told we would need help for that to happen. That’s made this news a fantastic surprise,” she said in a statement.

Ardern, currently the world’s youngest female head of government, will become one of the few leaders to give birth during her time in office, but is not the first. In 1990, Pakistan’s Prime Minister Benazir Bhutto had a child during her first term.

“I am by no means the first woman to multi task, and in terms of being a woman in politics, there are plenty who have carved a path,” Ardern said. 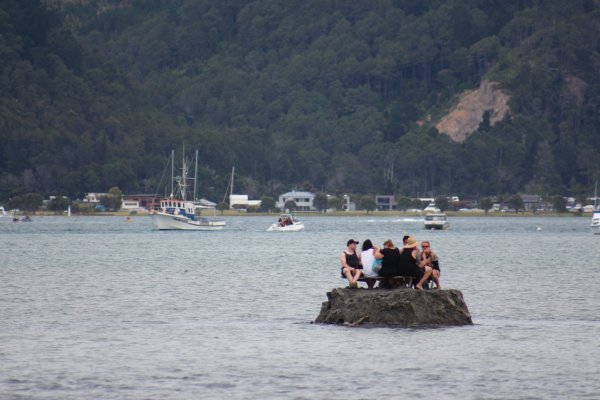 Here's How a Few Clever New Zealanders Evaded an Alcohol Ban
Next Up: Editor's Pick