When Game of Thrones fans first reached the Red Wedding chapter in A Storm of Swords — the third book in George R.R. Martin’s A Song of Ice and Fire series — many couldn’t believe what they were reading. But as he is known to do, Martin had dropped several hints of what was to come leading up to the gruesome massacre.

For example, as was pointed out by eagle-eyed Reddit user zlow821 on Thursday, there’s a passage earlier in the book in which the Hound and Arya Stark are discussing what will happen when he safely delivers her to her brother Robb. Arya insists that Robb would never accept the Hound into his army, prompting one of the Hound’s patented surly retorts.

“Then I’ll take as much gold as I can carry, laugh in his face, and ride off,” he tells her. “If he doesn’t take me, he’d be wise to kill me, but he won’t. Too much his father’s son, from what I hear. Fine with me. Either way I win. And so do you, she-wolf. So stop whimpering and snapping at me, I’m sick of it. Keep your mouth shut and do as I tell you, and maybe we’ll even be in time for your uncle’s bloody wedding.”

Bloody wedding. If only we all could have had such foresight. 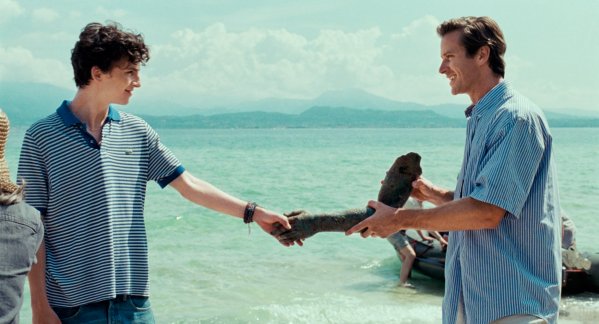 11 Books-Turned-Movies You Should Read This Awards Season
Next Up: Editor's Pick