What Teen Sexting Reveals About Women and Sexual Coercion

Ideas
By Leora Tanenbaum
Tanenbaum is editorial director at Barnard College and the author most recently of I Am Not a Slut: Slut-Shaming in the Age of the Internet.

In this #MeToo moment, women are coming forward not only with accounts of having been sexually assaulted and harassed by their superiors but also with stories of having had sex they didn’t want with their peers: They went along with it because they felt pressured, as a recently published account of an anonymous woman’s date with the comedian Aziz Ansari illustrated. All of this has led to a big question: Why? Why do so many women agree to unwanted sex? Why don’t they just say “no” when there is no physical force used against them? One answer is that their conditioning starts young.

In a December study of sexting among 12- to 18-year-old girls, Sara E. Thomas of Northwestern University analyzed 462 stories posted to an online, anonymous platform. She reports that most of the girls felt pressured to comply with requests to send naked photos of themselves to boys who demanded them.

In middle schools and high schools around the country, this exchange tends to uplift boys’ popularity at the expense of girls’ reputations. Some boys collect photos of girls like playing cards, assigning value to each image. Even girls whose images are considered valuable are cheapened. Today, teens still inhabit a culture that says that boys will be boys, and girls will be sluts.

I’ve been tracking slut-shaming — when girls and women are labeled “sluts” and “hos” — for over two decades and have interviewed hundreds of teenage girls and women who have been ostracized, harassed and assaulted as a result of their sexual reputation. Their experiences show that women are routinely treated as sex objects and punished for doing what is expected of them.

Many in high school and college confirmed what the study shows—that they send naked photos of themselves because they feel they have to, not because they want to. One 19-year-old student in California told me that when she was a high school first-year student, a senior she liked sent her a photo of his abs, writing, “‘Okay, now send me one.’ I felt I had no choice but to reciprocate,” she told me. So she sent him a picture of herself in her bra.

A 15-year-old girl in New York City shared that a boy she knew from church sent unsolicited photos of his penis to two of her friends. Her interpretation: “It means he’s looking for something in return.” Many girls become resigned to the pressure. They are so accustomed to hearing, “I sent you one; now it’s your turn” that they don’t question or fight it.

When girls try to outsmart the system and protect their privacy by sending headless shots, they’re told that headless isn’t good enough: only photos with faces have value. In 2015, students at Colorado’s Cañon City High School, assigned different point values to different students, so some photo collections were more valuable than others. The boy with the largest photo collection was lauded as “the pimp of pictures.”

This environment of commodification conditions heterosexual girls to believe that the only way to get boys’ attention is to take off their clothes. A 14-year-old student in California shared with me that when she was in the eighth grade, two different boys sent her pictures of their penises, which she did not want and had never asked for; they then told her that she should send them a photo of herself, which she refused. But she eventually sent a naked photo of herself to a boy she liked. He forwarded it to his friends and threatened to put it on Facebook if she didn’t send him more. Panicked, she confided in her sister and mother. She never replied to the boy, and he never posted her photo. But, she said, “His friends go to my school and are in my math class. It makes me uncomfortable that I have to see them. I guess I just have to live with it.”

Certainly not all girls are coerced into sending nude photos. Many choose to send photos of themselves in an effort to present themselves as sexually sophisticated and in control of their bodies. This strategy is logical and reasonable given that in today’s theater of wall-to-wall social media surveillance, girls’ bodies are tracked, judged and policed like never before. Rather than take the risk that they may be labeled a “slut” or “ho” because of how other people judge their clothes or behavior, some girls use this form of sexting as a way to wrest control over their own image. Girls also note that these exchanges are a form of “safe sex” — a way to satisfy sexual demands without actually engaging in sexual activity.

But none of us can control our image, and the circulation of nude or semi-nude photos poses consequences primarily for girls. When a boy sends a picture of a nude body part, girls tend to laugh. His photo is regarded as humorous or obnoxious but not shameful: the act of photographing oneself when you’re a boy is seen as within the bounds of acceptable male behavior. But while his photo may be forwarded to select girlfriends for a laugh, hers might go viral to teach her a lesson.

“The scariest part,” says a 16-year-old girl in Brooklyn, New York, “is that a girl’s nude photo becomes her defining quality. That’s just not fair. How come when girls as young as 12 are bombarded with photos of guys’ penises and then they reciprocate, it’s only the girls who are shamed?”

Many people are confused about why women are coming forward, many for the first time after years of silence, with stories about sexual activity they never sought out, wanted or consented to. Recognizing the pressures to say “yes” in the face of persistent demands — and that this pressure starts as early as middle school — can help us understand that many girls and women long ago learned to fear negative consequences if they say “no.” 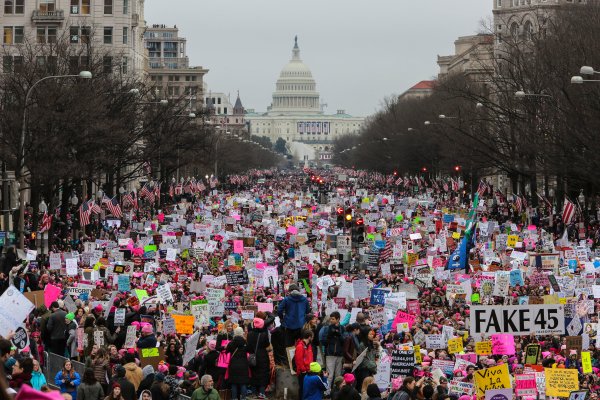 Evangelical Women Just Joined #MeToo – and They're Urging Churches to Address Abuse
Next Up: Editor's Pick